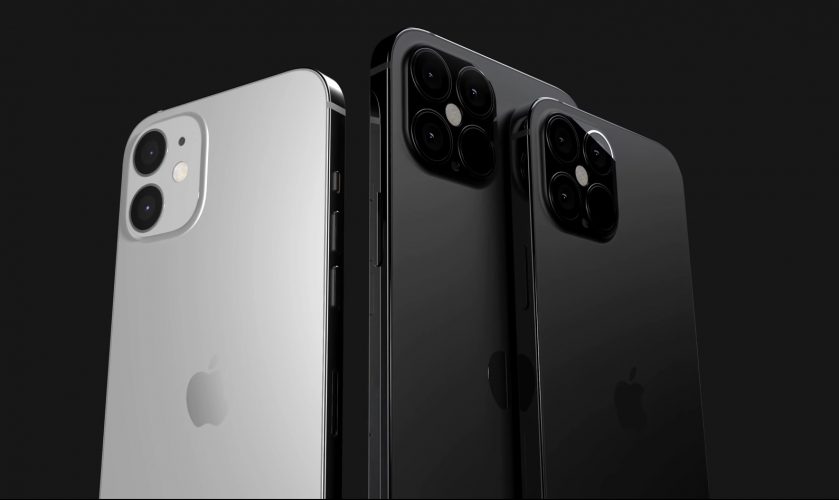 Just a couple of weeks back we learned about the upcoming iPhone 12 lineup of smartphones where we got a gist about its specifications and design. Now, the same source has shared more details about its specs and another design leak adds to it. Let’s take a look.

The leak is similar to the earlier leaked design as it shows the smaller notch and minimal look of the smartphones. Earlier, it was tipped that the upcoming iPhones will get a Smart Connector for charging. The Smart Connector will be like the iPad’s smart charging connector. But, now, the new leak suggests that Apple will be skipping the Smart Connector this year will keep it for future iPhones.

The video from the Youtuber reveals most of the design changes done after the CAD leaks. Moreover, a leak from Front PageTech, reveals most of its specifications including the pricing of the smartphones.

The cheapest smartphone in the lineup is said to come with a 5.4-inch Super Retina Display which will actually be a BOE made OLED panel. The 5G enabled smartphone is tipped to house Apple’s A14 chipset paired with 4GB of RAM and up to 256GB of internal memory. It will feature a dual-camera setup with a similar design as the predecessor iPhone 11.

The Plus or Max model will come with a 6.1-inch Super Retina Display which will actually be a BOE made OLED panel. Just like the vanilla model, this one will also be 5G enabled housing the same A14 chipset from Apple. It will feature a dual -rear camera setup and a single front camera setup.

The iPhone 12 Pro will be a direct successor to the iPhone 11 Pro and will come with huge display improvements. Firstly, it is said to sport a 6.1-inch 10-Bit Samsung OLED panel(also called as Super Retina XDR).

It is speculated to come with Apple’s A14 chipset paired with 6GB RAM and up to 512GB of internal storage. Instead of the Aluminum Body, the 5G handset will get a Stainless Steel body.

The top model of the series is said to come with a 120Hz ProMotion display. It will be a massive 6.7-inch 10-Bit Samsung OLED panel(Super Retina XDR).

Just like other iPhones, the Pro Max will also come powered by the A14 processor paired with 6GB of RAM and up to 512GB of internal storage. It will be a 5G capable device with Stainless steel body.

Other than this, all the Apple iPhones are expected to debut by September-October, but it could get delayed depending on the Coronavirus Pandemic situations.