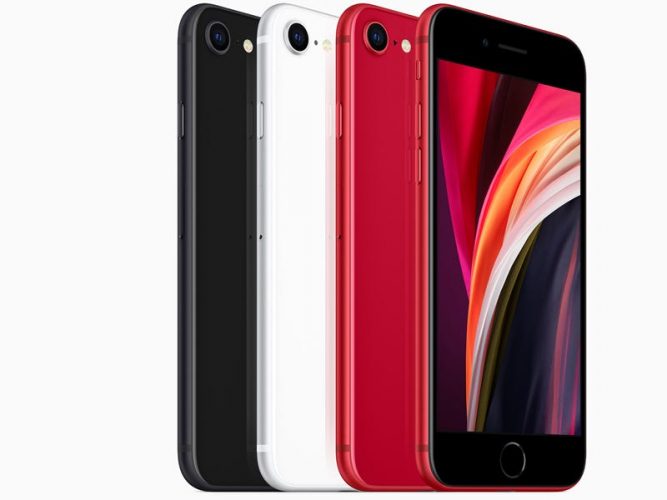 Apple surprisingly and finally announced the much-rumored Apple iPhone SE 2020 smartphone. The device in the leaks since 2016 and on Wednesday the company has silently unveiled with powerful hardware and specs. Let’s take a look at the details.

The Apple iPhone SE 2020 comes with the same 4.7-inch HD+ display with thick bezels. The front design is the same as the iPhone 8, however, the rear design matches the iPhone XR’s design. It powers the same 12-megapixel rear camera as the iPhones 8 and also get the same 7-megapixel front sensor.

One of the major highlights of the smartphone has to be the chipset. It powers the latest Apple’s A13 Bionic chipset paired with 3GB of RAM and an option to choose between 64GB, 128GB, and 256GB storage options.

It is backed up by a 1,821mAh battery with standard wired and wireless charging support. It runs of the latest iOS 13 has Wi-Fi 6 and dual-SIM support.

The Apple iPhone SE 2020 starts at $399 in the US and will be available soon. Some sources also confirm its India pricing to start at ₹42,500.