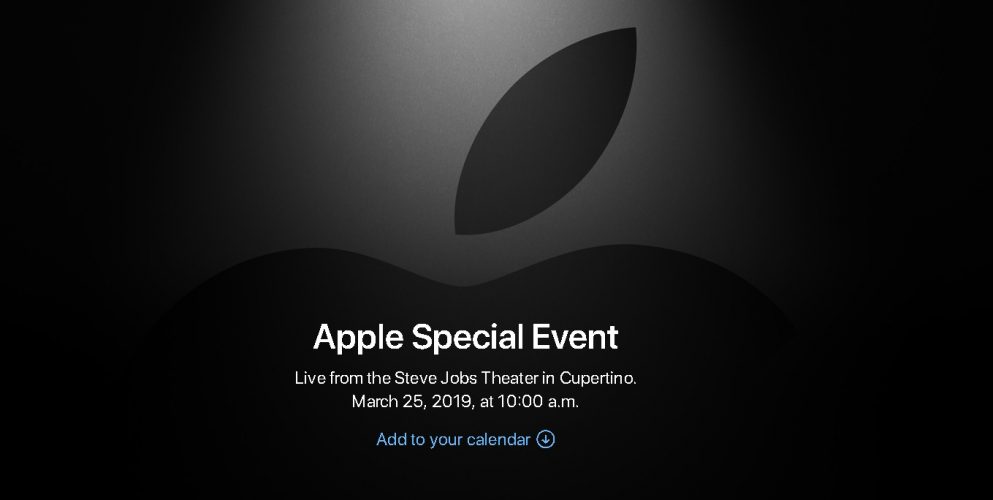 Cupertino tech giant Apple has announced an event on March 25. The event will be held in the hometown of Apple in Cupertino, California at the new Steve Jobs theatre.

Well, the company haven’t revealed on what products it many unveil but the teaser says “It’s Show Time”.  This means the event will be focused on the new streaming service which the company is said to unveil.

Apple hasn’t spoken a word about it but rumours point out that it will be a competition to Netflix and will provide original shows and programmes. The new streaming service will also provide content from HBO such as movies and exclusive shows.

That’s what the slogan probably means but other than this, we also expect to see the new News subscription packages. It is said that Apple will be partnering with several publishers for providing news and update with a subscription model.

Both of these will be an add-on to the Apple ecosystem and its great news for fans as well as tech enthusiasts. But Netflix and other streaming services might have to be aware as Apple may take the crown.

The company is also expected to launch the AirPods 2 and AirPower which were spotted recently in a leak. An updated iPad 5th generation is also a possibility.

As said earlier the event will be held on March 25 at 10 a.m local time and the livestream can be watched by clicking on the link – Event Livestream.