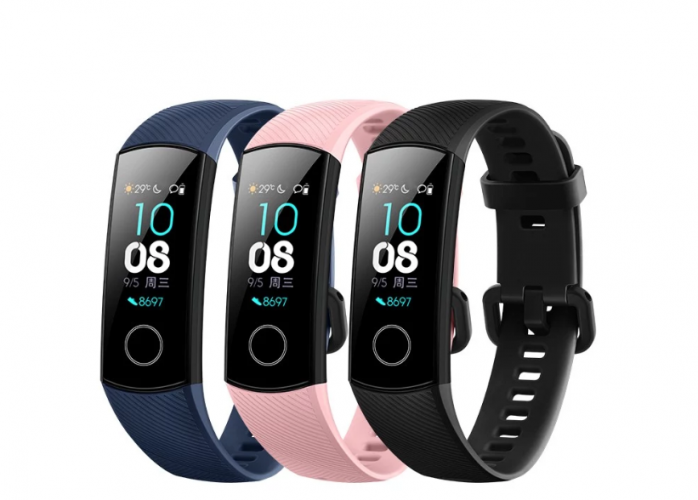 Forget Mi Band 4 As The Honor Band 5 Is Said To Debut Soon With New Features!

Those who were waiting for the Xiaomi Mi Band 4 to launch in their regions might have to hold as Honor will be launching its 5th iteration of the smart band on July 23. The company will be unveiling Honor Band 5 along with the Honor 9X at the event held in China. 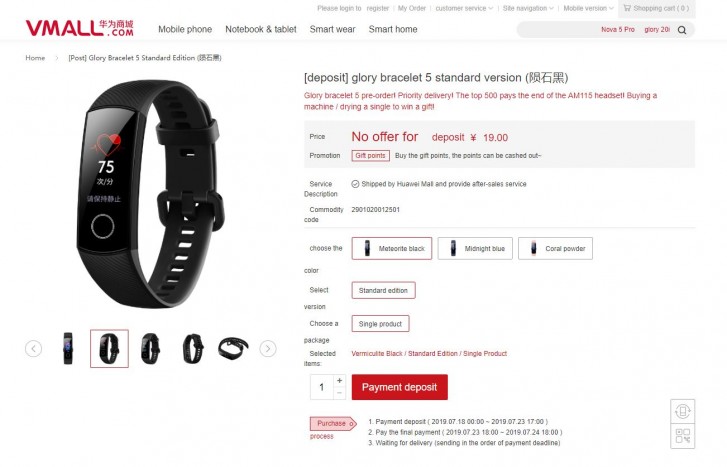 Earlier we saw a few teasers on the smart band where we learned that it will come with a similar-looking design as the older Honor Band 4. Well, now the company itself has listed the smart band on its Online shopping portal. It appears that the teasers and the past leaks were legit as the band has the exactly similar looking design as its predecessor.

The Huawei Mall reveals that the first 500 users who deposit CNY 19($3/Rs. 200) will get a free pair of Honor AM115 earphones. Other than this, the Honor Band 5 is said to come with a few new features such as Fatigue level tracking, enhanced exercise modes, and Blood oxygen analysis. The smart band will also have a colour display and different band faces.

In terms of pricing, it is expected to be similar to the Honor Band 4. The Honor Band 5 will be arriving in China on July 23 and then it is said to launch in other regions.