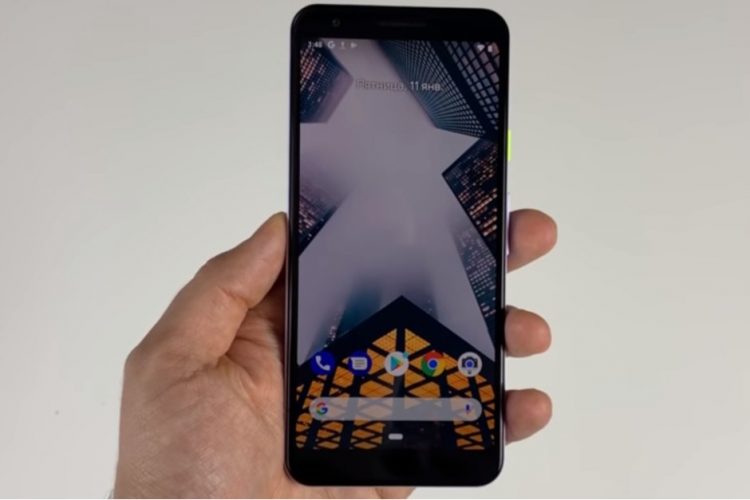 Google Pixel 3 and Google Pixel 3 XL launched back in October are doing pretty well but Google will be launching a cheaper version of the phones namely, Google Pixel 3 Lite and Pixel 3 XL Lite. In the past, we saw many leaks of the phones and also benchmark results which surprised us but now a new video reveals the whole device from every possible angle. It also showcases some of it’s features and specifications.

According to the video showcased on Andro News, the Google Pixel 3 Lite smartphone will sport bezels on top and bottom of the device. It will also have a plastic body instead of glass and metal body as seen on the Pixel 3 and Pixel 3 XL.

The device will sport a 5.56-inch Full HD+(1080×2160 pixels) display with 18:9 aspect ratio. It will be powered by an 10nm Qualcomm Snapdragon 670 SoC with Adreno 615 GPU. This will be paired with 4GB of RAM and 32GB of internal storage. Sadly the storage will not be expandable so users are left with the inbuilt storage itself. But as with every Google smartphone, the Google Pixel 3 Lite will also get unlimited cloud storage which is a great thing.

In terms of cameras, it will sport a 12.2-megapixel rear camera with f/1.8 aperture and OIS supporty for video. On the front, it will have a 8-megapixel single camera lens instead of dual cameras seen on the regula Google Pixle 3.

It will be backed up by a 2,915 mAh battery which seems to give same battery life as the regular Google Pixel 3. The device will run on Android 9.0 Pie and will have a USB Type-C port for juicing it up. Surprisingly it will also have dual speakers at the bottom as the regulat Pixel 3 had just one.

Now all this is pretty great but the smartphone should launch at the right price as there are many competitors in the market who are offering great specs at low price. The Google Pixel 3 Lite and Pixel 3 XL Lite are expected to launch in spring this year in the Google I/O 2019.