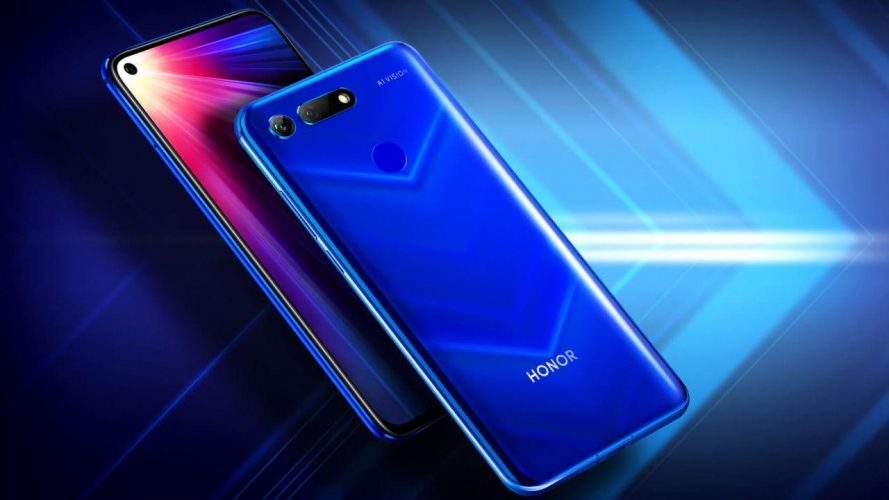 Chinese Smartphone manufacturer Honor has launched the Honor View 20 at an event in New Delhi, India. This smartphone was highly anticipated as it sports some new technology and is also said to be a OnePlus 6T competitor. So let’s see what this smartphone has to offer.

Honor View 20 was launched globally few weeks back and now it has officially launched in India. Honor claims that this smartphone comes with a unique design and powerful internals which will make India love this device.

First of the phone comes with a really beautiful looking design at the rear.The smartphone sports a 6.4-inch full-HD+(1080×2310 pixels) LCD display with a 19.25:9 aspect ratio. The major highlight of the phone is it’s new hole punch display. It comes with a hole punch camera at the front this means there are no bezels anywhere on the phone, rather it just has a hole housing the single camera.

Moving to the camera, it sports a insane 48-megapixel Sony IMX586 sensor with f/1.8 aperture. The secondary lens is set for capturing depth of field. This 48MP sensor supports 960fps slow-motion video and also has some other features such as AI HDR, and normal auto mode.

On the front, it houses a 25-megapixel camera sensor with f/2.0 aperture. This 25MP sensor is at the top left of the phone.

All this insanity is possible because of the smartphone’s chipset. It features a 7nm HiSilicon Kirin 980 octa-core SoC which is insanely powerful atleast on benchmarks. This is paired with up to 8GB of RAM and up to 256GB of storage.

In terms of pricing, the Honor View 20 starts for Rs. 37,999 for the 6GB RAM/ 128GB storage variant and Rs. 45,999 for the 8GB RAM/ 256GB of storage variant. It will be available for purchase exclusively on Amazon India website starting tomorrow i.e: January 30 at 12pm India Time.

Now the pricing of the smartphone is a smart move by the company as OnePlus’s 6T smartphone also retails for the same price.

Now the Honor View 20 shines at both on paper as well as in looks, while the OnePlus 6T offers better and refined OS while maintaining the power. Now let’s see which smartphone attracts consumers. But as far as our opinion is considered, we have to test the device to check the real performances so stay tuned on Gadgetgig for the same.