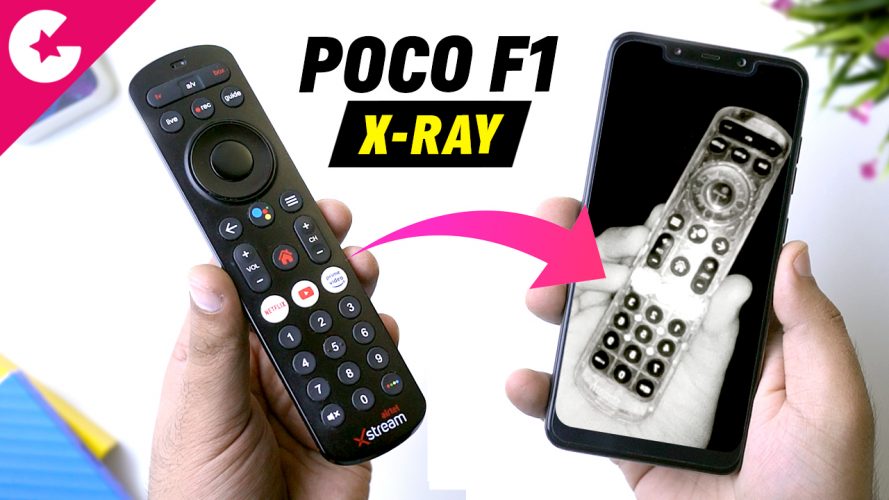 How To Get OnePlus 8 Pro Infrared Camera Feature On Poco F1!!

Here’s How To Get OnePlus 8 Pro Infrared Camera Feature On Poco F1!!

OnePlus launched the OnePlus 8 Series of smartphones a few weeks back and since then it’s in the headlines for its Infrared camera feature that lets users see-through devices and gadgets. The feature later came into the limelight and everyone loved how intriguing it was. Surprisingly, some users also discovered that the feature also lets users to see-through clothes as well. The feature was bashed by some as it caused some major privacy issues.

Just a few days back, OnePlus officially stated that it will be temporarily disabling the feature via an OTA update on its Chinese OnePlus 8 Pro smartphone running HydrogenOS(OxygenOS for China). For now, the feature is staying on the global variant of the device but OnePlus might as well do something for the global variant.

Here’s OnePlus’s official statement on the issue, “While we think this camera gives users the ability to get more creative with smartphone photography, we also understand the concern that has been raised. therefore, we are already working on an OTA that we’ll push out in the coming weeks to offer the photochrom filter while limiting other functionality that may be of concern.”

This means that in the Chinese OnePlus 8 Pro smartphone, the standard Photochrom filter will stay while the IR Camera/X-Ray Camera that lets users see-through will be disabled in the region.

Reportedly, OnePlus 8 Pro isn’t the only smartphone with the IR sensor, there are some other smartphones including the Poco F1 from Xiaomi that launched back in 2018 also which possesses the same sensor.

Today we will show you how to get the OnePlus 8 Pro IR Camera feature on your Poco F1. For getting the feature just download the app mentioned below and start using it.

Use IR Camera on your POCO F1 – DOWNLOAD APP