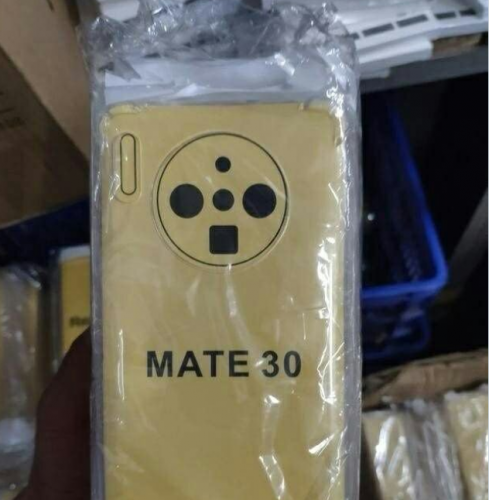 Just yesterday we saw a leak for a mysterious Huawei smartphone running Android 10 and now yet again another Huawei leak is floating the web. This time the Huawei Mate 30 smartphone’s case has been showcased that reveals some important details. Let’s take a look.

The new protective case leak comes from @stufflistings, it reveals the rear panel design of the smartphone. There were several confusions with the camera placement on the Huawei Mate 30 smartphone, past leaks reveal square, circular and different types of modules. But major leaks are confirming a circular setup and this leak tops it off. But the interior lens positioning is quite different than what we saw earlier. Let’s wait for more details before confirming.

Combining several leaks we learned that it will sport a 40-megapixel primary camera, another 40-megapixel ultra-wide camera, and the third 8-megapixel lens accompanied by a 3D ToF sensor. The cameras are positioned alongside the LED flash. Still, there are a number of confusions but the circular camera is surely happening.

Other than this, the front design stays the same, it will rock a larger notch display with minimum bezels. Under the hood, the smartphone will come powered by HiSilicon Kirin 990 SoC and is speculated to run on the latest Android 10. The smartphone is also said to have an IR Blaster and fast charging support.