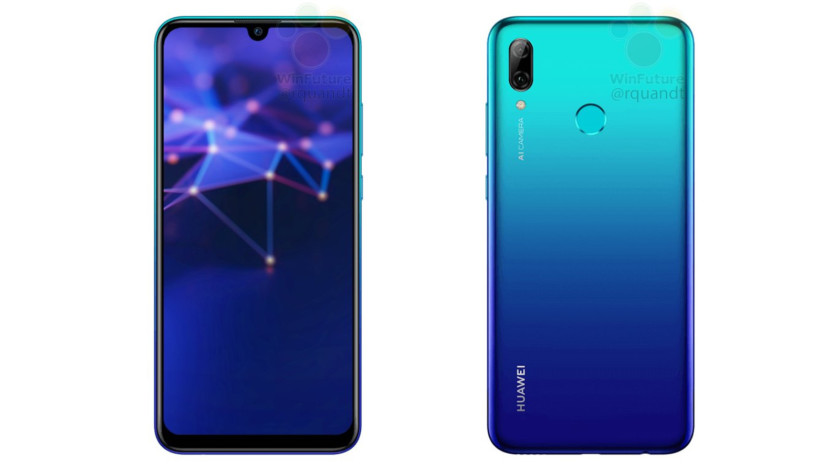 Just a few weeks off to the launch of Huawei’s upcoming budget smartphone, the Huawei P Smart(2019) which we expect to launch by the end of this year. But seems like leaks for it aren’t stopping, we now have official images of the smartphone and some other details.

According to this leaked images, we get to see a water drop or dew-drop notch at top of the display and very thin screen-to-body ratio. The smartphone will have an almost similar looking design on the front as the Honor 10 Lite. 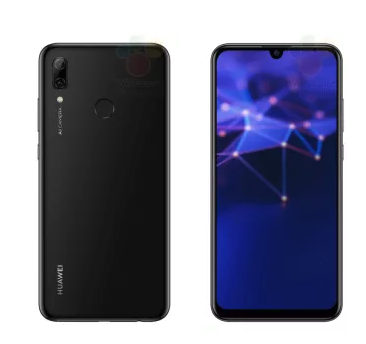 On the back, we get to see a dual camera setup which as rumoured earlier will be a 13-megapixel + 2-megapixel sensor. On the front notch, there will be a 24-megapixel front shooter. Other than that, we also see a fingerprint scanner, LED light, Ai Camera branding and Huawei branding at the bottom.

Now thanks to folks at WinFuture, we now know that the Huawei P Smart(2019) is codenamed as “Potter”.

The device will be powered by a Kirin 710 SoC which is Huawei’s custom chip paired with 4GB RAM and 64GB storage. The smartphone will be backed up by a 3400mAh battery and will come with a micro USB port for charging, which is a disappointment as all other smartphone manufacturers are moving to Type-C ports.

The Huawei P Smart(2019) will run on Android 9.0 Pie and Huawei’s custom EMUI on top of it. It will be available in two colour options, the Aurora Blue and Midnight Black.

In terms of pricing and availability, it not confirmed yet but the device should launch by the end of this year and is expected to be available for purchase from January 2019.