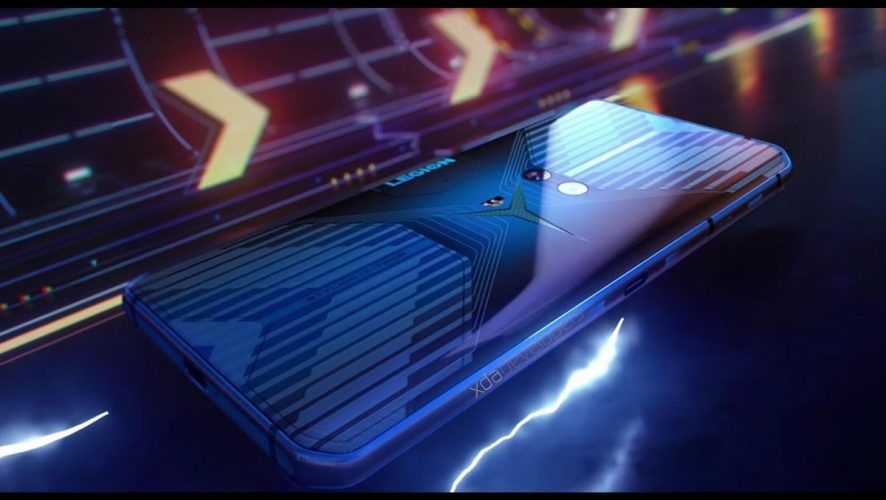 Thanks to XDA Developers for sharing the exclusive images, we now have a look at the design of the upcoming gaming smartphone from Lenovo. There are multiple renders of the smartphone including some specifications of the device.

Firstly, the Lenovo Legion gaming smartphone comes with a rather spellbinding design. Unlike other gaming smartphones, this has a unique rear as well as front design. It has the special engrossing Legion pattern at the back and has the dual camera module shifted to a slight center.

This is the first time we are seeing a company do such with cameras bring in the middle. The company is going all-out as the positioning of the rear camera will help gamers to hold the device properly.  There is also a LED flash sitting right above the Legion middle design pattern.

Furthermore, the front pop-up camera mechanism is also placed properly in the middle.

If we move to the second promo and specs leak, we get to see the charging port placed in the side center of the smartphone. The company has again kept it in mind thinking that the gamers can play even while charging.

Moreover, we also learn about some of the specifications of the Lenovo Legion gaming smartphone. The smartphone is said to come with the latest Qualcomm Snapdragon 865 SoC coupled with LPDDE5 RAM and UFS 3.0 internal storage. It is said to house a massive 5,000mAh battery with ultra-fast 90W wired fast charging support.

The company will be providing an inbox 90W dual Type-C fast charger that can juice up the device up the 5,000mAh battery in just 30 minutes.

Other than this, the gaming smartphone is also said to come with a 3D cooling tower structure which is actually several heat pipes to cool the device. It will also come with a larger 144Hz refresh rate panel for a smooth gaming experience.

That’s what we get so far, but looking at the consistent leaks we expect the launch to be imminent.