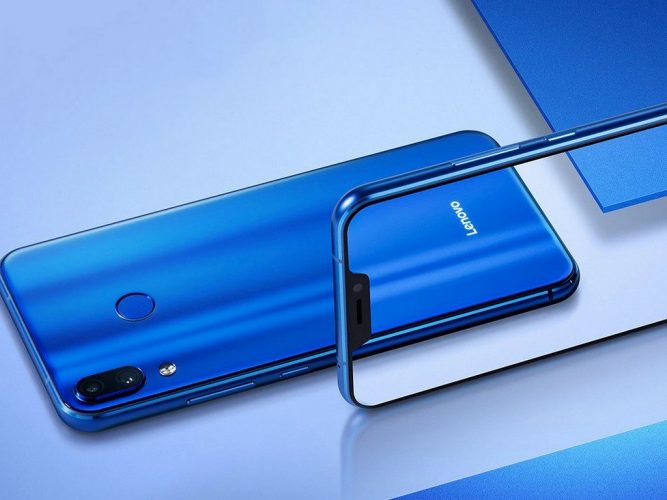 Lenovo is all set to launch the Lenovo Z5s in the market on December 18 i.e: tomorrow but the Vice President of the company has already released the press renders of the device on Weibo. Along with this, Lenovo is said to launch a Ferrari SuperFast variant with top notch specs and 12GB of RAM.

The Images revealed on Weibo shows the actual smartphone in different colour options. The Lenovo Z5s will debut in three colour options the Starry Night, Coral Orange, and Quite Blue.

All the three colour variants are different look really beautiful but the Coral Orange is something new and not something which we have not seen before.

Both Coral Orange and Quite Blue produce different shades when exposed to sunlight from different angles.

Other than this, A new leak suggest a Ferrari SuperFast variant of the Lenovo Z5s. Now in the past rumours we got to know that the company is going to launch the Z5s in different variants. And aside from the normal variant, it is said to come with a maxed out Ferrari variant featuring 12GB of RAM and 128GB of storage. Now in the past we have seen up to 8GB and now the 10GB of RAM in the recently launched Vivo NEX 2. But if that wasn’t enough, then how about 12GB of RAM.

The device will be powered by a Qualcomm Snapdragon 845 SoC and will run on ZUI 10. Another variant as tipped earlier will come with 8GB of RAM.

The poster teased earlier also suggests that the device will feature a great set of cameras. The poster itself looks good and if all this is true then we can’t wait for December 18.