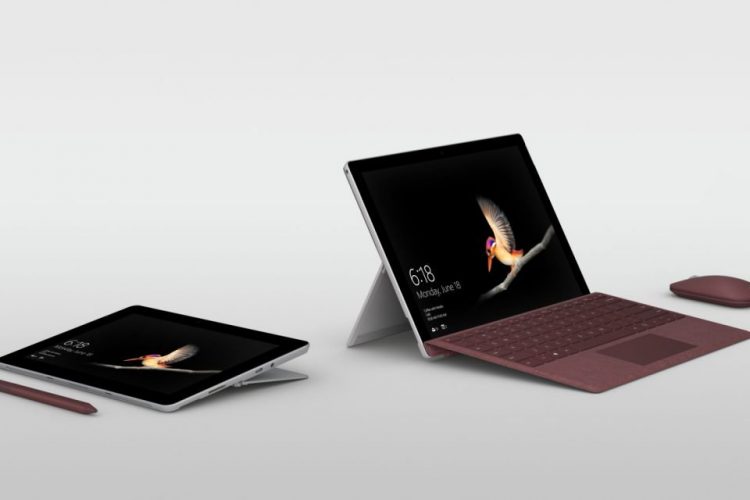 Microsoft has been offering laptops, all-in-one computers, and tablets, but from them, all of the devices are not launched in India they are limited to only some countries. But a Flipkart page teases a Tablet with a hashtag #OnTheGo which suggest the India launch of Microsoft Surface Go Tablet.

The teaser on Flipkart shows a Tablet which by it looks makes it very clear that it is a Microsoft Tablet. Adding it,  there is a hashtag #OnTheGo which confirms that it is the Microsoft Surface Go Tablet. The teaser also has a Surface Pen, Mouse and the Microsoft Keyboard Cover accessory.

Other than this, the launch of the device has not mentioned on the teaser and there nothing much that the teaser reveals, but we know some of its details as it is already available in the US. so let’s take a look.

The Microsoft Surface Go features a 10-inch ‘PixelSense’ display with a resolution of 1080×1200 pixels. It comes with a 3:2 aspect ratio screen with 10-point multi-touch support. The Tablet also comes with a Corning Gorilla Glass 3 protection.

Under the hood, it is powered by Intel Pentium Gold 4415Y which is based on Kaby Lake architecture and has a clock speed of 1.6GHz. This will be paired with either 4GB or 8GB of RAM and 64GB of storage or a 1218GB SSD.

The Microsoft Surface Go has an 8-megapixel rear camera and a 5-megapixel front camera. It has a 3.5mm headphone jack and a USB Type-C port. It is expected to launch in India with two models, the Wi-Fi-only model or LTE model.

The device will launch in India very soon as per the Flipkart page and will come with some accessories which will be sold separately. In terms of pricing, it retails for $399 globally and is expected to start at a price of Rs. 29,000 in India.