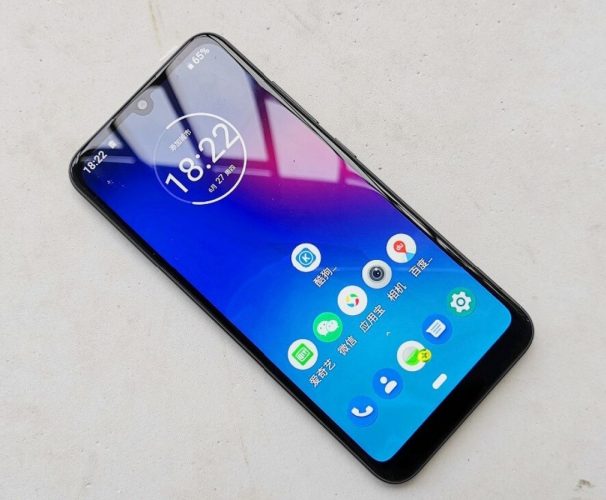 Motorola launched the Moto E6 a couple of weeks back and now the company is all set to unveil the Plus model of the smartphone. Some live images of the upcoming Moto E6 Plus have hit the internet and it suggests some significant details.

Motorola E6 Plus. With kind regards from AliExpress. pic.twitter.com/RS6kcbz62O

The live images reveal a compact device with water-drop notch display flaunting minimum bezels. Its design aspects are common yet Motorola seems to have stick to the grounds. The smartphone will run on Android 9 Pie out of the box with some Moto apps pre-installed.

The Budget oriented device will feature a dual-camera setup at the rear with an LED flash below the sensors. There will be a Motorola logo at the top center with overall minimal back panel.

Other than this, some of its specs were leaked previously, the Moto E6 Plus will come powered by a MediaTek Helio P22 SoC coupled with 2GB of RAM and expected 32GB of expandable storage. The battery is also expected to have a higher mAh but may not come with fast charging support.

That’s what we know so far about the device, but some more leaks are expected to hit soon. Once they are out, we’ll be the first one to notify you on the same.

Stay Tuned for more updates on Moto E6 Plus and also Subscribe to Our YouTube Channel Gadget Gig For Latest News, Reviews, Unboxing and Tips/Tricks.