Moto G 5G Plus With Mid-range SoC and 5,000mAh Battery Could Unveil Tomorrow(July 7)

Just a week earlier, we learned that Motorola has scheduled an event for July 7 i.e. tomorrow for an unknown smartphone. Later, there were two new smartphones dubbed Moto G 5G and Moto G 5G Plus that came into the limelight in the form of renders. Now, the Moto G 5G Plus has appeared on FCC  and TUV Rheinland certification revealing some specs. 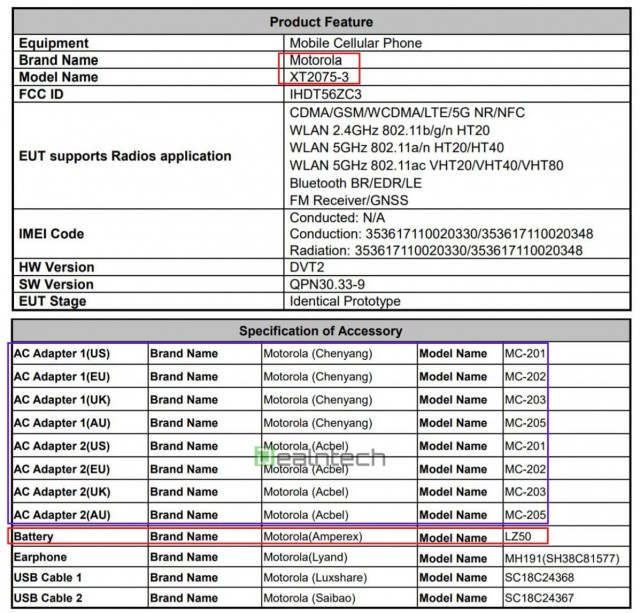 The smartphone has appeared on FCC with model number XT2075-3 that confirms it to have full-fledged 5G connectivity. It will feature dual-band Wi-Fi and NFC support as well. It will support all the necessary connectivity options including  GPS navigation.

Moreover, the TUV Rheinland certification confirms a whopping 5,000mAh battery. The battery will be supported by 20W fast charging. 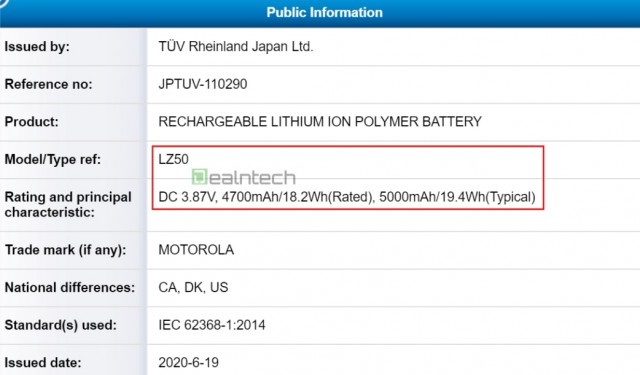 Other than this, the past renders suggested Quad-cameras at the rear. It is also rumored to power a mid-range SoC and reports suggested Snapdragon 765G chipset but we still can’t trust everything. The launch is not confirmed but Motorola has kept an event for tomorrow and we expect the smartphone to debut there alongside the vanilla Moto G 5G.