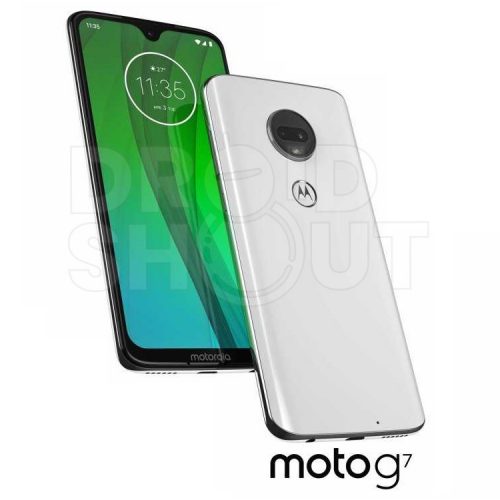 Motorola is planning to launch the Moto G7 series of smartphones in 2019 but the press renders of all the four models in the series have already been leaked. The press renders showcase some important details and hints on some design aspects.

Just a few days back the Motorola G7 Play and other smartphones from the series got listed on ECC certifications which revealed the OS on which the phones are going to run and also suggested some model numbers for the phone.

Now the latest leaked press renders show all the smartphones in the Motorola G7 series. The renders suggest that this time around the phones will sport a notch.

The Moto G7 Power and Moto G7 Play will sport a regular notch seen on many other smartphones these days. Whereas the Moto G7 and Moto G7 Plus will sport a water-drop or dew-drop notch. This type of notch is seen on devices like OnePlus 6T and the budget phones Realme U1 and Realme 2 Pro.

It will be interesting to see the actual device as in the press renders we see a bottom bezel with a Motorola logo on all the four models.

The renders also reveal the possible colour options of the device they are White, Red, Gold and Blue.

Other than this, the press renders doesn’t reveal much about the smartphone, but an FCC listing has already revealed the details.

The Moto G7 Power will come with a massive battery capcity of 5,000 mAh.

All the models will run on Android 9.0 Pie with some bloatware as seen on previous Moto phones.

Some other details of the smartphone are to be known, but now these details out we expect a bunch of new leaks to get surfaced in the coming weeks.