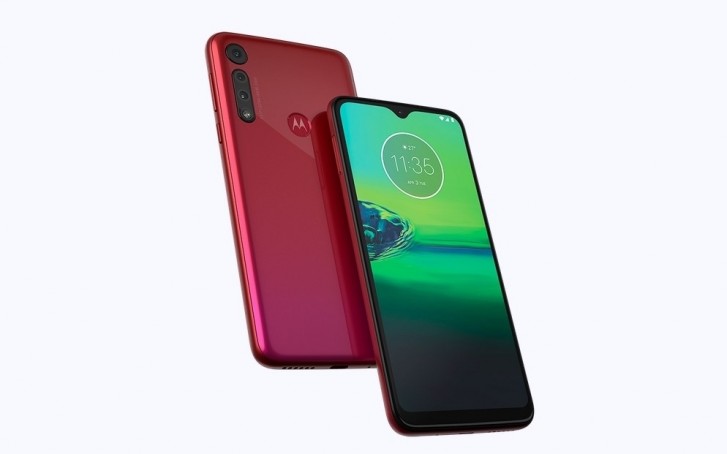 Lenovo owned smartphone manufacturer Motorola has launched a new budget smartphone at a global event. The Moto G8 Play which is a sibling of the G8 Plus comes with a similar-looking design to the Plus model and has some internal changes. Let’s take a look at all the details.

The all-new Motorola G8 Play smartphone comes with a 6.2-inch HD+ Max Vision display. Even though it has a Max Vision full-screen display, it still has a slightly thicker chin at the bottom and has a water-drop notch at the top.

Cameras on the device are decent, it has three cameras at the rear consisting of a 13-megapixel primary camera, an 8-megapixel ultra-wide lens, and the third lens is a 2-megapixel depth sensor. At the front, it has an 8-megapixel selfie snapper.

Under the hood, the Moto G8 Play is powered by a MediaTek chipset instead of a Snapdragon chipset. It has an Helio P70M SoC paired with 2GB of RAM and 32GB of expandable storage. It also houses a 4.000mAh battery and runs on Android 9 Pie out of the box.

It also has a Moto-branded fingerprint scanner at the rear beside the rear cameras. It has a 3.5mm headphone jack and it is also accompanied by a USB Type-C port for charging and data transfer.

The Moto G8 Play smartphone is available in Red and Black colour variant and it starts at BRL1,099(roughly ₹19,299) for the only 2GB/32GB variant. The sale has already started in respective countries and it will be available in both online and offline stores.