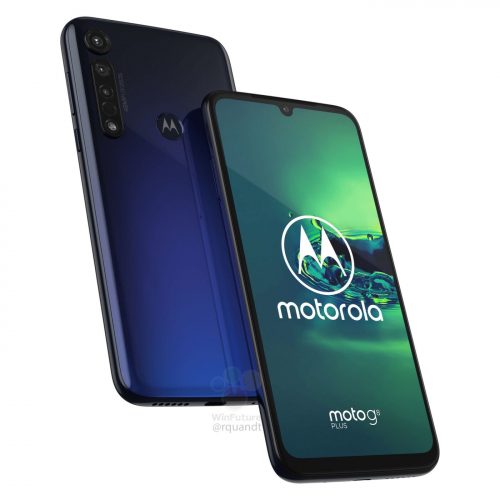 Moto G8 Plus With Snapdragon 665 SoC Spotted On Geekbench

Moto G8 Plus is all set for a release today in China, but just a few hours before its unveiling the smartphone has been spotted on Geekbench revealing its specs and details.

A few weeks back, the Moto G8 Plus smartphone’s renders were tipped online revealing the front and rear design. We got to know that the smartphone will sport a waterdrop notch display and come equipped with three rear cameras. Well, now the internals of the smartphone has been outed.

The smartphone houses a Qualcomm Snapdragon 665 SoC paired with 4GB of RAM and 64GB internal storage(expandable via microSD card). The device runs on Android 9 Pie out of the box and is said to come with a 4,000mAh battery.

Other than this, the smartphone’s specs were tipped earlier, it is said to rock a 6.3-inch FHD+ LCD panel with a notch. As said earlier, the Moto G8 Plus will feature a triple camera setup from which the primary sensor will be a 48-megapixel lens. It will also be accompanied by two sensors for ultra-wide shots and depth sensing.

That’s what we know so far about the device, but we will learn more about it today as the launch is at 9:30 am in Brazil which is 8 PM IST.

Stay Tuned for more updates on Moto G8 Plus and also Subscribe to Our YouTube Channel Gadget Gig For Latest News, Reviews, Unboxing and Tips/Tricks.

G8 Plus moto Moto G8 Plus Motorola Motorola G8 Plus