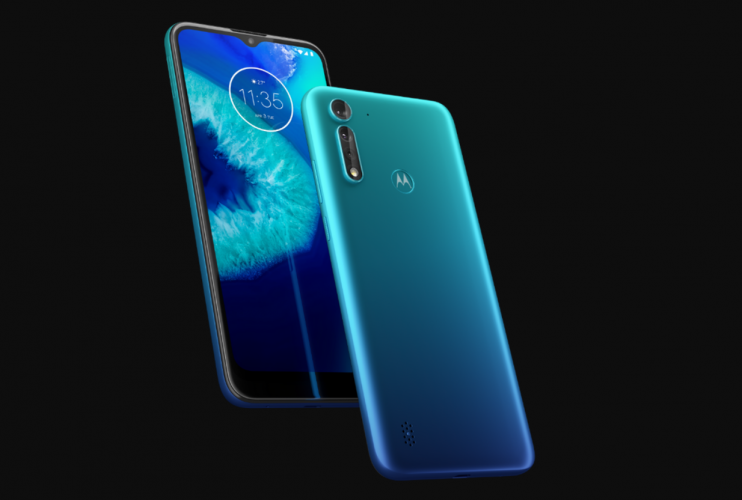 Moto G8 Power Lite Budget Smartphone To Launch On May 21 In India; Specs, Pricing, And Availability

Flipkart shopping portal’s landing page suggests that the G8 Power Lite smartphone from Motorola will launch on May 21 in the country. The smartphone is also confirmed to be exclusively available on Flipkart.

The poster on Flipkart touts us the actual design of the smartphone it is exactly similar to the past leaks. The smartphone comes in the plastic built and sports a notch display. It showcases the rear revealing the triple camera setup and Motorola embossed physical fingerprint scanner. There’s also a speaker outing at the bottom.

That’s what the landing page and poster reveals but we already know some its specs.

The G8 Power Lite smartphone from Motorola is said to sport a massive 6.5-inch HD+ display with a 20:9 aspect ratio. It will be an IPS panel and has a water-drop notch at the top to hold the front selfie camera. Talking about the cameras, at the front, the smartphone will get an 8-megapixel unit with an f/2.0 aperture.

At the rear, there will be three cameras consisting of a 16-megapixel primary shooter, another 2-megapixel macro lens, and the third 2-megapixel depth-sensing lens for selfies. The primary sensor will be having an aperture of f/2.0. There will also be a LED flashlight below the camera lenses.

The Motorola Moto G8 Power Lite will come equipped with a MediaTek SoC. It will be powered by the MediaTek Helio P35 budget SoC with 4GB of RAM and 64GB storage (expandable via microSD card up to 256GB).  It will be backed up by a huge 5,000mAh battery with standard 10W fast charging support.

Other than this, the G8 Power Lite smartphone will run on Android 10 out of the box with Moto’s tweaked skin on top of it. It will feature a 3.5mm headphone jack and will be a 4G only variant.

The budget smartphone’s pricing isn’t tipped yet, but looking at the company’s absurd pricing, we expect it to arrive in under ₹15,000 price bracket. It should be available for purchase by the end of this month.