Motorola Launched The Motorola One And Moto G7 In India

Motorola has been quiet for a year now, they launched the Motorola G7 series in China and in some other countries but it didn’t arrive in India. Now finally the company has launched two new smartphones, the Moto One and Moto G7 in India. 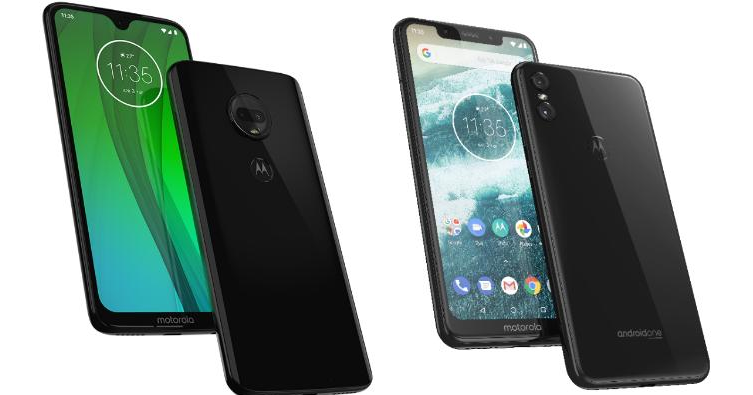 The Motorola One was launched in China last year and now it has arrived in India. This makes the phone internals outdated as many smartphone companies are providing updated internals.

The Motorola One comes with old Snapdragon 635 SoC paired with 4GB of RAM and 64GB of internal storage. It sports a 5.9-inch full-HD+ display with a notch.

It features 13-megapixel + 2-megapixel rear dual camera setup with a single LED flash. On the front, it has an 8-megapixel sensor for selfies.

The device houses a 3,000mAh battery and runs on Android 9 Pie out of the box. The Motorola One also comes with unlimited storage on Google photos and comes under the Android One program.

The company also launched Motorola MotoG7 in the country that comes with a glass body and decent internals.

The Motorola Moto G7 comes with a tear-drop notch and overall a refreshed design. The looks of the phone might be good but the internals is just okay. It comes powered by a Qualcomm Snapdragon 632 SoC paired with 4GB of RAM and 64GB of internal storage.

It houses 3,000mAh battery similar to the Motorola One and also runs on Android 9 Pie. The major difference here is that this smartphone doesn’t come under the Android One Program.

It comes with a dual camera setup similar to the Motorola One but the placement is different.

The Motorola  Moto G7  starts at Rs. 16,999 which is very high considering that other smartphone brands offer such hardware under Rs. 10,000.

Stay Tuned for more updates on Motorola Moto G7 and Motorola One and also Subscribe to Our YouTube Channel Gadget Gig For Latest News, Reviews, Unboxing and Tips/Tricks.