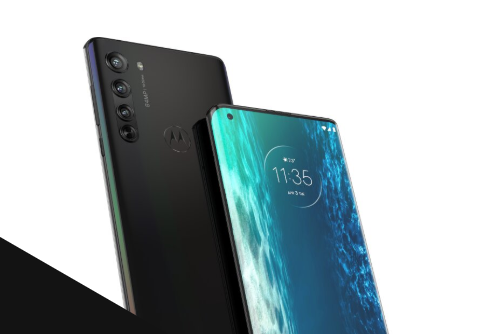 Motorola’s upcoming One Fusion+ smartphone was said to be the upcoming mid-range handset from the company. But we haven’t heard much about the device, its leaks arrived sometime in the past, but a concrete leak wasn’t seen. Now, a new listing from Youtube Device Report has listed the Motorola One Fusion+ smartphone with some of its specs and details. Let’s take a look.

According to the report, the upcoming One Fusion+ smartphone will bag a Snapdragon chipset. It will be the popular Qualcomm Snapdragon 730G mid-range SoC. For those who don’t know, the same mid-range SoC has been used in several other mid-segment smartphones.

Reportedly, the smartphone will also house a massive 5,000mAh battery cell and will run on Android 10 out of the box. It will sport a 6.5-inch display with a full-HD+ resolution.

The source doesn’t reveal anything about the optics, but we can expect a Four camera pairing on the handset.

Other than this, some of its specs were touted earlier which sheds some light on the optics and variants. The One Fusion+ is speculated to feature a 64-megapixel primary camera and will come in a base 6GB RAM/128GB storage option. It will be a dual-SIM smartphone with 4G LTE support.

It is expected to come with a physical fingerprint scanner at the back below the camera lenses. It will also retain the 3.5mm headphone jack for audio listening.

Other than this, the sources suggest that the smartphone will make its way June this year. The launch is just next month and therefore, we expect to see a new batch of leaks in the next week. Once, more details are outed, we’ll be the first on to notify you of the same.