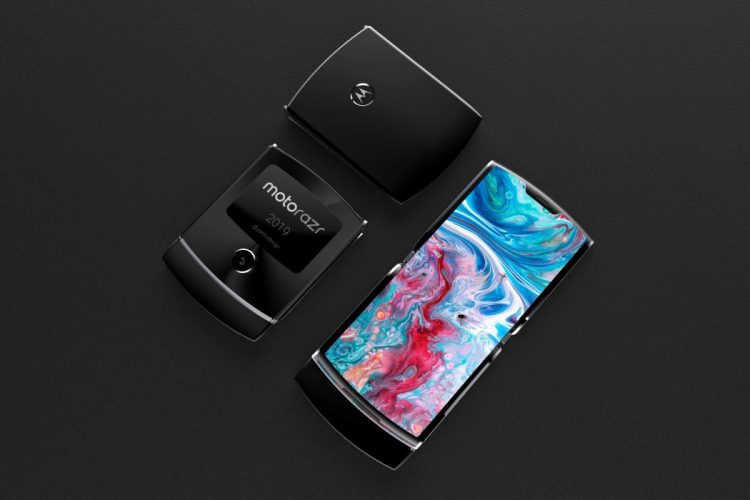 Motorola was earlier said to revive it’s popular Moto RAZR phone and from past few leaks, we got to see a footprint of the phone in a leaked patent filed by the company. But now a concept creator has made few renders of the phone which look promising.

These few renders shared by Yanko Design are very similar to the design seen on the patent. As the concept renders have been created with some of the information seen on the actual patent of the company.

The pictures reveals the beautiful foldable Motorola RAZR phone from all angles. According to these pictures, the phone will come with a foldable display and also a secondary display which can be seen when folded. Opening the device, we get to see the large 19:8 aspect ratio display. the device will also sport a notch at the top of the display.

The rear lower half of the device will just have the Motorola branding which we think will double up as a fingerprint scanner.

Other than this, there is very less information on the device but it is said to come with a price tag of $1,500. There are no other details on when the device will be available in the market but as all the leaks are starting to get public, the launch of the device is probably imminent.

Also Read: HMD Global Sents Out Press Invites For The Nokia Booth At MWC 2019, Here’s What To Expect