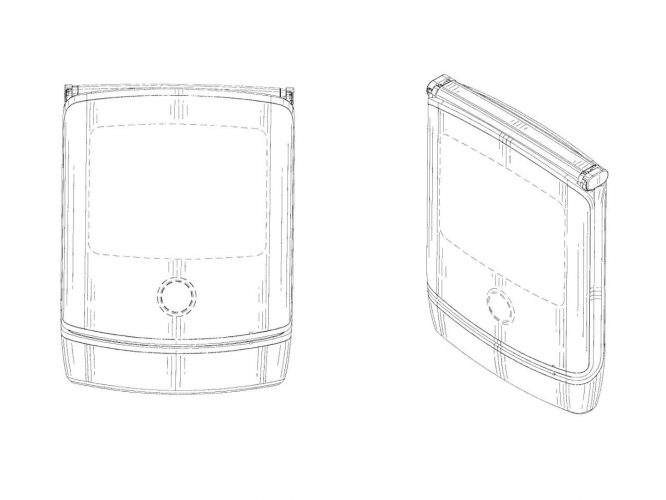 According to the sources, the World Intellectual Property Organisation has granted a patent for a Motorola phone which is possibly the Motorola RAZR foldable phone. The phone outlines the similar looking design as the original RAZR phone also known as the RAZR V3.

The leaked pictures reveal the phone with a tall display which is said to be an OLED panel that can be folded. The front design looks simple and not so stylish but sports a speaker grill on top. On the back, there will be a secondary display which is quite similar to the back of the original RAZR V3. This secondary display can be helpful for quick text messaging and chatting.

Other than this, the pictures also suggest the slim design of the phone. This was expected as the original Motorola RAZR phone was the slimmest phone at that period. Therefore, expect the new RAZR phone to be slim as well.

All this suggests that the overall design of the foldable phone will be very similar to the original RAZR phone but the only difference we see here is the OLED panel. This OLED panel will be foldable and may sport certain features. We expect it to come with the always on display feature seen on Samsung phones at least on the secondary display.

That’s what we know so far about Motorola’s foldable phone but we expect to see more details on the phone in the coming weeks. Once its out we’ll be the first one to notify you on the same.

Also Read: Samsung Galaxy A30 Spotted On GeekBench With Exynos 7885 And Android 9 Pie