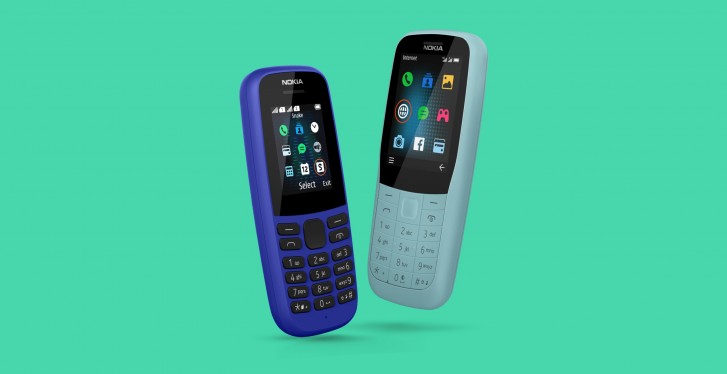 Nokia 220 4G And Nokia 105 Launched; Something Smartphone Users Should Peak In!

In the era of internet domination, people use smartphones with advanced internet connectivity and with 5G on the rise, here we have a 4G feature phone. Nokia has launched two new feature phones N0kia 105 and the star of the show Nokia 220 4G.

Nokia 220 4G comes with a similar-looking design to the original Nokia 220. It comes with 16 million colours, new games, pre-installed social media applications, and all-time favorite classic games. The phone can house two SIM cards, a mini-SIM, and a nano-SIM.

It also comes with a single camera at the rear with an LED flash. There’s wireless FM radio and micro USB port for charging. Nokia 220 4G has a 1,200mAh battery which is said to provide 27 days of standby and up to 6 hours of talk time. The phone comes in Black and Mint Blue colour variants and is priced at $44.

Nokia 105 is also similar to its predecessor that launched in 2017 just that the 2019 model comes with 4G connectivity. It houses an 800mAh battery and should provide excellent battery life. There is a dual SIM support on the feature phone and it also has wireless FM radio. This one doesn’t come with a camera module and has the LED flash at the top like most of the feature phones. The feature phone comes with Black, Blue and Pink colour variant and is priced at $15.

Both the feature phones will go on sale in Europe soon.