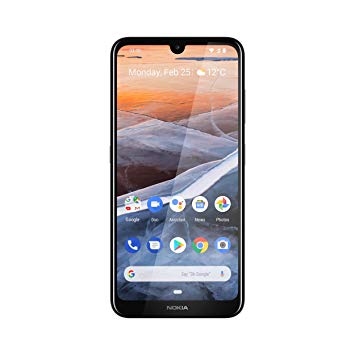 Nokia has launched a new budget smartphone, the Nokia 3.2 on Tuesday in the Indian market. The Nokia 3.2 was earlier announced at the MWC event and now it’s finally here in the country. The smartphone comes with impressive 2-day battery life and decent specs.

Nokia 3.2 sports 6.26-inch HD display with a water-drop notch at the top of the display. In terms of cameras, the smartphone packs a 13-megapixel single camera setup at the rear. At the front, the notch houses a 5-megapixel camera lens with an aperture of f/2.2.

Under the hood, the Nokia 3.2 is powered by Qualcomm Snapdragon 429 SoC coupled with either 2GB RAM/16GB storage or 3GB RAM/32GB RAM.

Nokia promises a 2-day battery life with the 4,000mAh battery which is housed inside the smartphone. Considering an HD display, power efficient chipset results in such good battery life.

Other than this, it runs on Android 9 pie out of the box and comes with a 3.5mm headphone jack and regular micro USB port for charging.

Also Read: Vivo Z5x Launch Date Confirmed; Will Arrive On May 24 In China

Stay Tuned for more updates on Nokia 3.2 and also Subscribe to Our YouTube Channel Gadget Gig For Latest News, Reviews, Unboxing and Tips/Tricks.