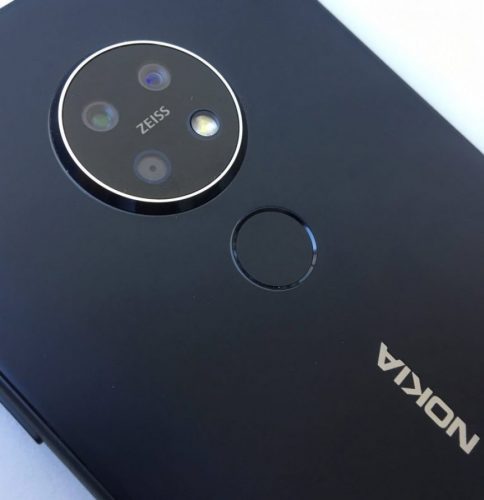 Nokia 7.2 With Triple Rear Cameras To Debut in September

Nokia 7.2 has been popping in leaks from the last couple of weeks, just a few days back we saw the case renders of the smartphone, earlier we got to know it’s rumored specs, and now the smartphone has been showcased on twitter. Let’s take a look at all the details.

#Nokia 7.2 First Real-Life Image
Round camera module with three cameras and LED light inside, and a Fingerprint scanner below it.#Source: Tweet Deletedhttps://t.co/jZqRMZ7U3i pic.twitter.com/wDBpzUUpXu

Nokia 7.2 is going to be a huge upgrade from its predecessor Nokia 7.1 in terms of looks. Instead of the vertical rear camera module, the smartphone will sport a circular module. At the front as well it will feature minimum bezels and just a hole at the top center for the front camera lens. The new image posted on twitter also claims that it will house a physical fingerprint sensor below the camera module.

That’s what the image confirms, but from past leaks, we already know some of its specs. Let’s take a quick look. The Nokia 7.2 is expected to sport a 6.2-inch full-HD+ display panel with a small waterdrop notch. It will feature three cameras at the rear but the exact megapixel count is unknown. Under the hood, it is expected to come powered by a Qualcomm Snapdragon 710 SoC paired with 6GB of RAM and up to 128GB of expandable storage. It will also house a 3,500mAh battery with some sort of fast charging support.

Other than this, the smartphone will retain the 3.5mm headphone jack and will come with a USB Type-C port for charging and data transfer.

That’s what we know so far, but the launch being in September, we expect to see some last stage leaks soon.