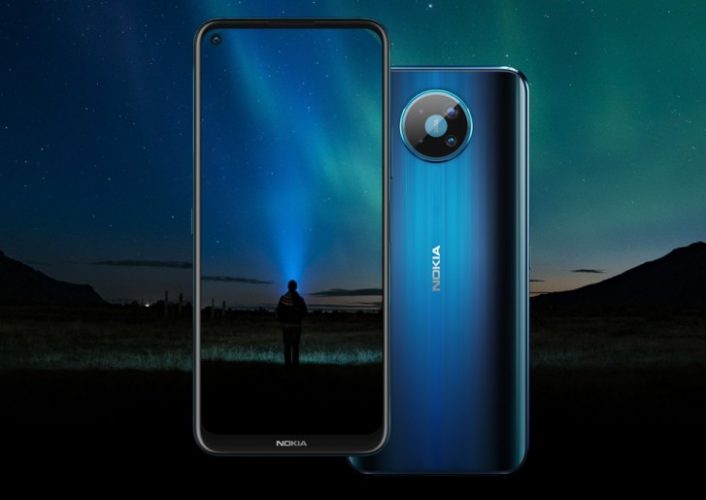 Unlike other smartphone manufacturers, Nokia didn’t announce anything about its 5G handsets launch timelines. Though the company did announce the Nokia 8.3 5G at an online event back in March, it didn’t reveal the exact launch date of the smartphone. Now, a new teaser video of the handset has been surfaced that touts some details. Let’s take a look.

The Nokia 8.3 5G smartphone will be the company’s mid-range device and also the first 5G handset to get announced. Since its announcement, we haven’t heard any significant bits on the launch date of the smartphone, but a recently tweeted video hints that the launch is forthcoming.

The video comes from the official Nokia Global twitter handle that shows the highlights of the device including the 5G support and the Quad-cameras. All this probably means that the launch is in the pipeline and it may become official sooner than we thought.

Specifications and Pricing of The Smartphone

That’s what the leak reveals but Nokia did announce the pricing and specifications of the 5G smartphone. The Nokia 8.3 5G is a mid-ranger powered by the Qualcomm Snapdragon 765G chipset. For those who don’t know, the Snapdragon 765G is a powerful mid-range chipset used in most of the mid-segment devices. The chip allows 5G connectivity making the 8.3 smartphone posses 5G connectivity.

It sports a large 6.81-inch display with a resolution of Full-HD+. It is a hole-punch display with narrow bezels all-round the corners. The aspect ratio is 20:9 and the display is a bright HDR panel.

In terms of the optics, just like the other Nokia smartphones, the device rocks  ZEISS optics and comes equipped with a Quad-camera setup consisting of a 64-megapixel primary lens. It is accompanied by another 12-megapixel ultra-wide sensor, third 2-megapixel macro lens, and the fourth 2-megapixel depth-sensing lens for  Bokeh shots. At the front, it features a 24-megapixel front camera for selfies.

It retains the 3.5mm headphone jack and also has the USB Type-C port for charging and data transfer. It also has the physical fingerprint scanner at the right-hand side which also acts as the power button.

Also Read: How To Get OnePlus 8 Pro Infrared Camera Feature On Poco F1!!

Stay Tuned for more updates on the Nokia’s 8.3 5G smartphone and also Subscribe to Our YouTube Channel Gadget Gig For Latest News, Reviews, Unboxing, and Tips/Tricks.