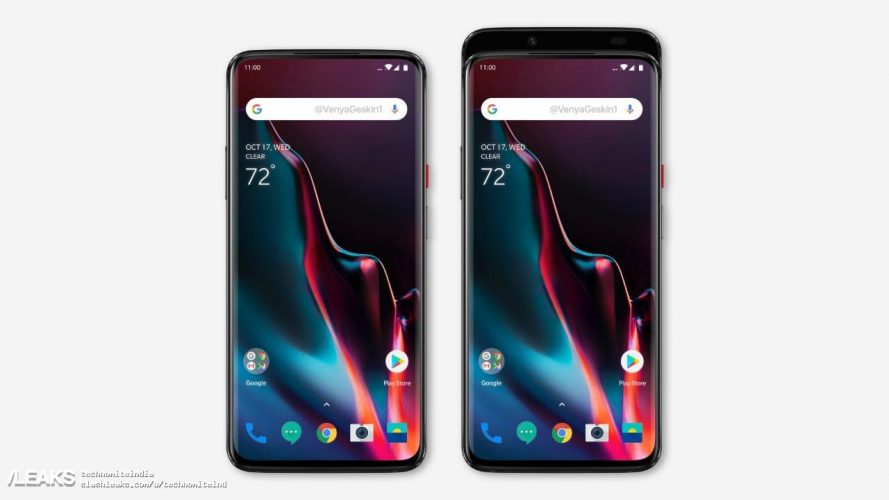 OnePlus 6T was a huge success and it was one of the top flagship smartphones of 2018 and as per the company’s trend of launching two smartphones every year, this year as well the company will launch two new smartphones. The OnePlus 7 will be one of the phones which we expect to see in a couple of months. Till now we just know that the phone will come with powerful hardware and a good looking design, but a recent leak surfaced online reveals the front design of the phone.

According to the leak, the OnePlus 7 will feature a full-screen display with no notch and bezel-less design. Some rumours from the past suggested a punch-hole camera display on the phone but this leak reveals a sliding camera mechanism on the phone. This means it will have a sliding camera which will make the phone completely bezel-less.

This type of sliding mechanism was earlier seen on the Xiaomi Mi Mix 3 smartphone. This type sliding camera mechanism can be the next trend in future smartphones as after Mi Mix 3 the OnePlus 7 is expected to come with it.

Now if this leak is to be believed, then the OnePlus 7 will be a beautiful phone in terms of looks. But on the other hand, we will not get dust and water-resistant rating.

Other than this, let’s run down quick specifications of the phone which were leaked earlier. The device will be powered by a Qualcomm Snapdragon 855 SoC with 8GB of RAM. We might see a 10GB RAM model as well because the OnePlus 6T McLaren edition sported 10GB of RAM. The phone will come with a 6.4-inch full-screen display with a sliding camera and It is also expected to have 5G support.