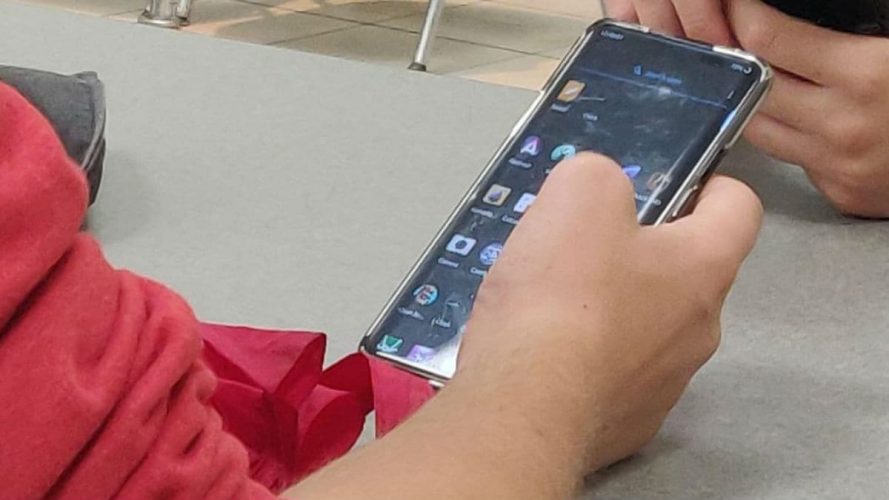 Chinese smartphone manufacturer OnePlus is all set to launch its next device in early 2020, the company launched OnePlus 7T and the Pro model in October and just when users thought that they got a new device, the company is already prepping up for the upcoming OnePlus 8 Pro and OnePlus 8 smartphone. Now a prototype device has been spotted online with dual-front cameras and a wide body. Let’s take a look at all the details.

The new prototype hands-on leak reveals the overall front design of the flagship device. Now looking at the image, it is pretty safe to say that it looks like OnePlus is going the Samsung way. We saw edge design, the overall wide form factor, and now the company is opting for a hole-punch camera. Not just a regular hole-punch camera but instead a same dual hole-punch camera at the top right side of the screen.

From a faraway look, it resembles a Samsung flagship device even though the curves are aggressive. It also seems to retain the same overall form factor of the OnePlus 7 Pro and 7T Pro smartphone. The body this time looks a bit wider making it a phablet style device. The smartphone has almost no bezels whatsoever and has the slider and power button on the traditional spot. The device is said to sport a 120Hz display instead of a 90Hz panel.

Other than this, the device has a 3.5mm headphone jack and a speaker grille at the bottom. The device will run on Android 10 and the latest OxygenOS on top of it. It is expected to debut soon probably in Q1 of 2020 and the price is also expected to bump up.

Stay Tuned for more updates on OnePlus 8 Pro and OnePlus 8 and also Subscribe to Our YouTube Channel Gadget Gig For Latest News, Reviews, Unboxing and Tips/Tricks.