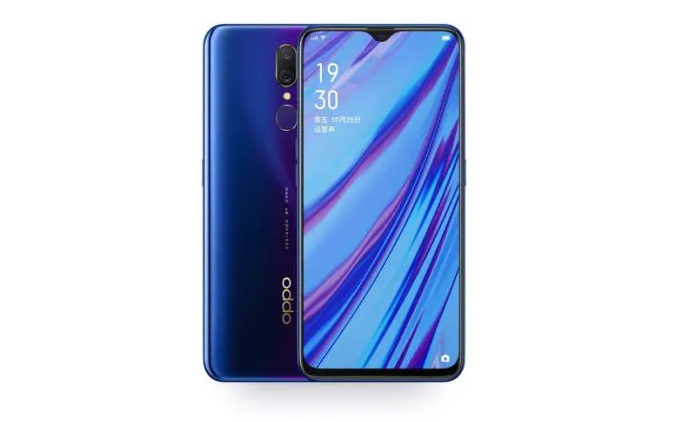 Oppo’s upcoming smartphone, the Oppo A9 has been spotted online with a whopping 48-megapixel sensor and decent specs. The press renders have also been surfaced which reveals it’s design and some other details.

Oppo A9 will be a mid-range offering from the company that will feature a whopping 48-megapixel primary sensor. This is similar to  Oppo’s Reno but at mid-range pricing. It will come with a dual camera set up at the rear with another depth-sensing lens.

It will sport a full-HD+ display panel with a water-drop or tear-drop notch. It will come equipped with a rear-mounted fingerprint scanner just below the camera sensors. There will also be an Oppo branding at the rear.

The smartphone’s chipset is unknown but being a midrange phone we expect a decent chipset probably the lastest midrange chip from Qualcomm or MediaTek. That will be paired with 6GB of RAM and 128GB of internal storage. It will house a 4,020mAh battery with a VOOC 3.0 fast-charing support up to 20W. It will run on Android 9 Pie out of the box and Oppo’s custom UI on top of it.

The Oppo A9 will arrive in Mica Green, Ice Jade, and Fluorite Purple. The pricing is expected to be around $250(INR17,500) and is said to launch on April 30 that is next week according to the sources.

Also Read: OnePlus 7 Series To Launch On May 14 In 4 Major Markets Including India

Stay Tuned for more updates on Oppo A9 and also Subscribe to Our YouTube Channel Gadget Gig For Latest News, Reviews, Unboxing and Tips/Tricks.