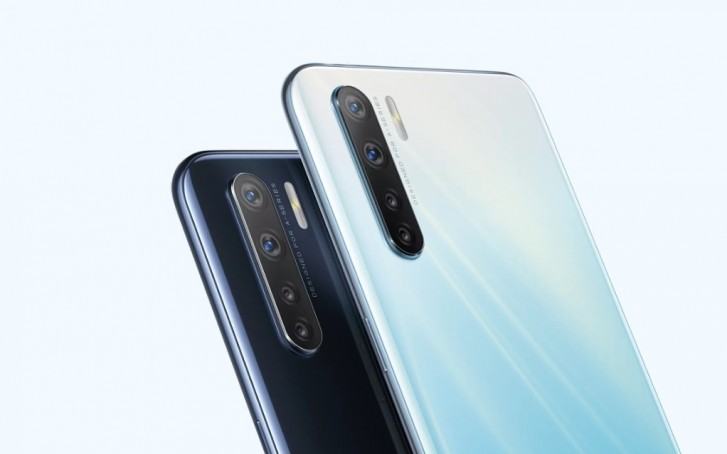 Oppo A91 was launched a week back in China, the smartphone came with Quad cameras and a premium finish but the Indian launch was a question. Well, now a new Oppo smartphone has come to the limelight that looks pretty much the same. The upcoming Oppo F15 smartphone is probably going to be the rebranded Oppo A91 that is going to debut in India.

A promotional video of the smartphone has been shared online that reveals the design and some details. The video goes by the hashtag #FlauntItYoutWay and shows the premium look. The video suggests a rear Quad-camera setup and a premium rear look, there’s the gradient-white colour variant in the promo video that looks similar to the Oppo A91 smartphone.

At the front, the smartphone will sport a water-drop notch display with minimum bezels. The video also showcases the camera bump present at the rear. Past leaks and rumours suggest a 48MP primary camera and dual flash.

It is said to feature a 6.4-inch AMOLED display with FHD+ resolution. The smartphone will come with an octa-core chipset and will house a 4,000mAh battery. It is also said to come bundled with a VOOC 3.0 charger.

Stay Tuned for more updates on the Oppo F15 smartphone and also Subscribe to Our YouTube Channel Gadget Gig For Latest News, Reviews, Unboxing and Tips/Tricks.