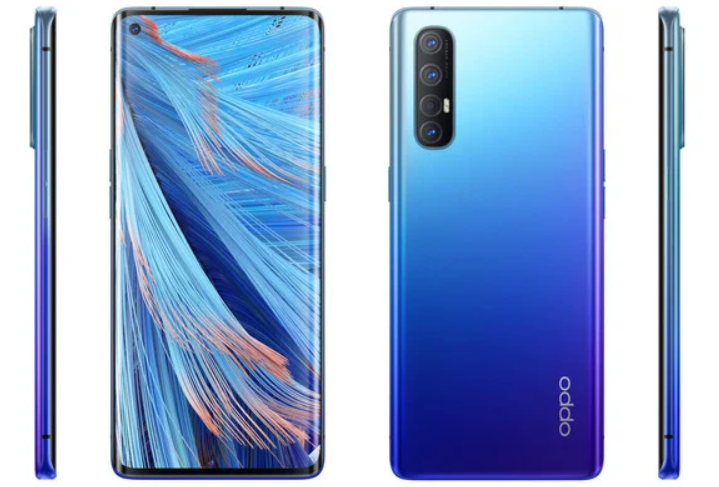 After several leaks and teases, the Oppo Find X2 Neo smartphone is officially launched. It is a mid-range smartphone that comes with a curved screen and great hardware, let’s take a look.

The Find X2 Neo is the sibling of the other Finfd X2 series devices. This one is a mid-ranger and comes with a Qualcomm Snapdragon 765G SoC bundled with whopping 12GB of RAM and 256GB of internal storage.

It sports a 6.5-inch hole-punch display with no bezels whatsoever. It has a high 90Hz refresh rate panel that would smooth up the things on the smartphone. It is an AMOLED panel with FHD+ resolution. The display is sharp coming at a 402ppi pixel density and maintains a high screen-to-body ratio percentage just like its siblings.

The mid-ranger has a Quad-camera setup at the rear consisting of a 48-megapixel primary lens with an aperture of f/1.8.  The sensor has a 20X digital zooming capability and has OIS support. It is accompanied by another 13-megapixel telephoto sensor, third 8-megapixel wide-angle lens, and fourth 2-megapixel depth sensor. It has a 32-megapixel front camera for selfies.

It comes equipped with a 4,025mAh battery with VOOC fast charging support that will charge the device instantly. The smartphone bags NFC and 5G support as well. It has an under-display fingerprint scanner that is claimed to unlock the device quickly.

Moving to the pricing, availability, and color variants, the Oppo Find X2 Neo comes at EUR 699 or ₹59,999 price tag and will be available for purchase soon. It has two color variants to choose – the Moonlight Black and Starry Blue.