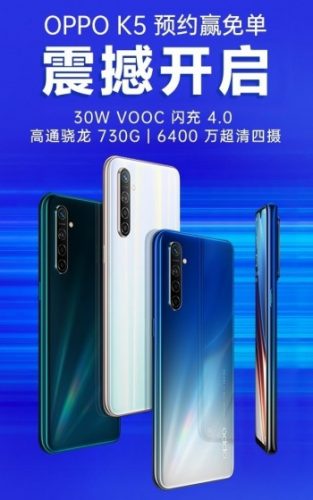 Oppo K5 which was leaked just a day back with Quad cameras and In-display scanner has now finally got a release date. Oppo on Weibo has shared details of the launch of the smartphone which will be accompanying the Flagship Oppo Reno Ace smartphone. The company has revealed the Quad-camera mid-ranger will be unveiled on October 10 alongside Reno Ace in China. 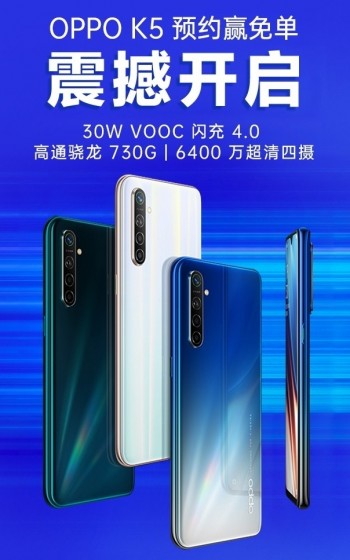 The company has also shared a poster of the smartphone, the teaser poster reveals some of its specifications and details. The Oppo K5 which was tipped earlier has similar specs as seen in the leaks. It will debut with Qualcomm Snapdragon 730G SoC paired with up to 8GB of RAM and 128GB of internal storage.

It also suggests the cameras on the device. It will sports a 64-megapixel primary camera with another 8MP ultra-wide sensor + 2MP macro lens + 2MP depth sensor. At the front, the smartphone will house a 32-megapixel front selfie camera. From the TENAA listings, we got to know that it will come with a 3,920mAH battery with 30W VOOC 4.0 Flash Charge.

That’s what we know so far about the device, but once more details are out we’ll be the first one to notify you on the same.