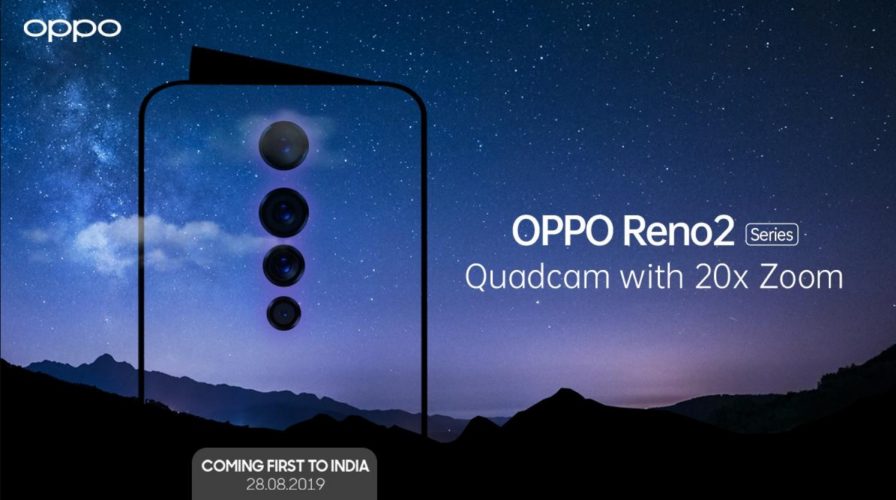 A couple of months back, some sources suggested that Oppo is working on the upcoming Reno smartphone. The company launched the original Oppo Reno last year and now it is expected to bring its next iteration. Well, a tweet itself from Oppo reveals that the upcoming Oppo Reno 2 will debut on August 28 in the Indian market. Oppo will bring the smartphone first in India before it goes to European and other Asian markets. The company also revealed some major highlights of the smartphone and some other important details. Let’s take a look.

Oppo’s Reno series is already famous for its innovative design and specs and taking it further the company is expected to house whopping four cameras in the smartphone. Oppo shared a poster on Twitter that reveals that the smartphone will launch on August 28 at an event in New Delhi.

Oppo Reno 2 will come with some flagship-level specifications and a beast camera. The company suggests that it can zoom up to 20x without losing the quality. It will also house a powerful SoC, we expect a Qualcomm Snapdragon 855+ SoC. It is also said to house a massive battery and the same pop-out front camera mechanism.