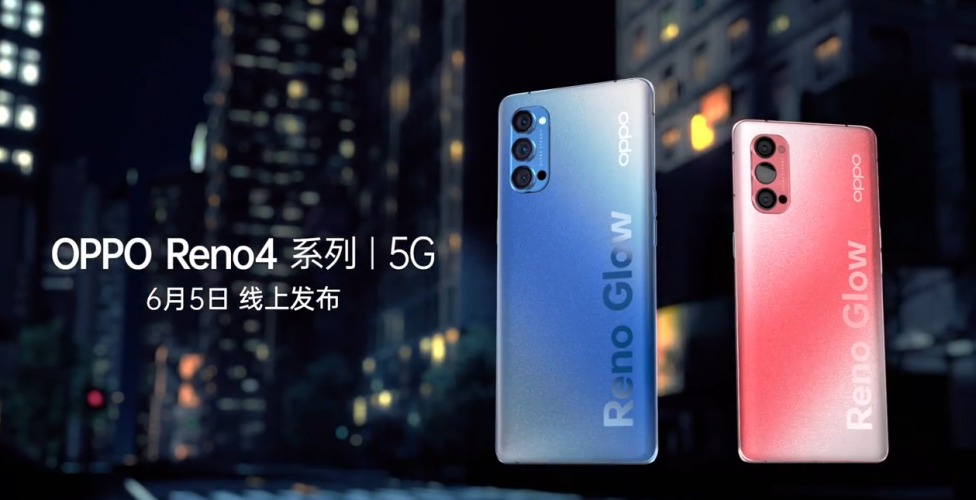 Oppo Reno 4 Series Is Coming On June 5 In China

The upcoming Oppo Reno 4 series will hit the Chinese market on June 5 at an event. The global launch is expected to occur after a couple of months, followed by an Indian arrival.

Moving to the bits we get from the teaser video, the smartphone is marketed over its 5G capability and the captivating rear design. It reaffirms the triple camera housing on the smartphone with ‘RENO’ and ‘GLOW’ branding embossed at the rear panel.

While we gaze at the teaser video, we also get to see the curved edged display of the Reno 4 smartphone. It is a hole-punch panel with narrow bezels. It also highlights the prodigious cameras on the smartphone, however, it will probably be a polished video after some edits.

Other than this, the Reno 4 and Reno 4 Pro are expected to sport the same set of cameras with a larger display at about 6.55-inch on the Pro model and a 6.42-inch screen on the vanilla model.

Under the hood, the duo is expected to slack a Qualcomm Snapdragon 765G mid-range SoC with a bigger battery. The series will be getting a 65W fast charging support and will run on Android 10 out of the box.

Stay Tuned for more updates on the Reno 4 Series of smartphones and also Subscribe to Our YouTube Channel Gadget Gig For Latest News, Reviews, Unboxing, and Tips/Tricks.