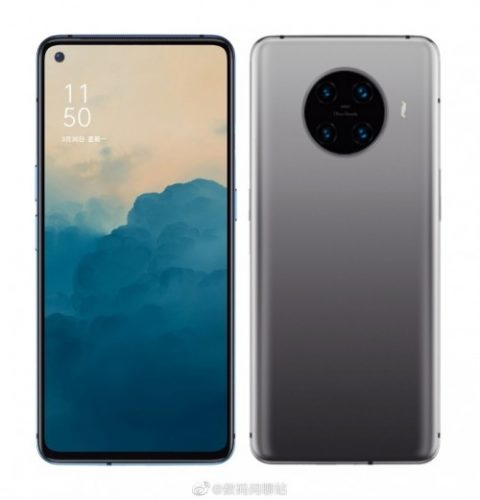 Oppo Reno Ace 2 smartphone was in talks for a while now, the device’s images got leaked, some specs got outed, and now finally the smartphone’s launch date has been shared.

The upcoming Oppo Reno Ace 2 smartphone which is the successor of the Reno Ace will arrive on April 13 in China. Oppo’s Vice President Brian Shen himself has shared the launch date on Weibo.

He has not revealed anything concrete but the device was seen in several leaks, therefore, we have an idea about its specifications and details.

The Reno Ace 2 smartphone will come with fascinating specs such as the insane fast charging speeds, amazing cameras, and the latest flagship chipset. If we go into details, the Reno Ace 2 will sport a 6.5-inch hole-punch display. It will be an AMOLED panel with a single front camera hole which will be used for selfies.

At the rear, the smartphone will come equipped with a circular ring-shaped camera module consisting of a 48-megapixel primary camera. There will be a total of four cameras at the rear and one camera at the front. The flashlight on the device will be om the right side of the camera module.

One of the highlights of the smartphone will be the bigger battery and super-fast charging capability. The Reno Ace 2 will come with a 4,000mAh battery along with 65W fast charging support that is expected to juice up the device in just about an hour. It is also said to have the new and faster 40W wireless charging feature.

In terms of software, the device will run on Android 10 out of the box and Oppo’s custom ColorOS on top of it.

Other than this, the Reno Ace 2 will be a 5G handset and is expected to come in Blue, Black, and Purple color variants.