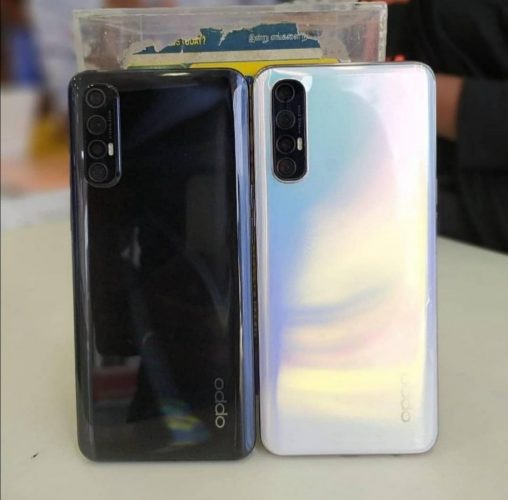 A few months back Oppo launched the Reno3 Pro smartphone in China. The Indian arrival of the device was scheduled for March 2 but it was said it will be a completely different device than the one announced in China. Now, a dummy unit spotted in an Indian store reveals some of its specs, let’s take a look.

Some of the specifications of the device are the same as the variant launched in China, but there’s a major difference in cameras and other internals.

The Oppo Reno3 Pro Indian variant will come with a 44MP dual hole-punch camera. It is said to be the world’s first 44MP front dual-camera setup. It will be accompanied by another 2-megapixel depth sensor.

It will also come with 8GB of RAM and 128GB of internal memory. We aren’t sure if this is the sole model or there will be other RAM/storage options too.

Other than this, it will come with a 30W VOOC Flash Charge 4.0 support that is said to juice up the device almost instantly. It will run on Android 10 and Oppo’s colorOS on top of it.

That’s what the leak reveals, but the launch is just a few weeks ahead, where we will learn more on the device and its pricing. Once, more information is out, we’ll be the first one to notify you of the same.