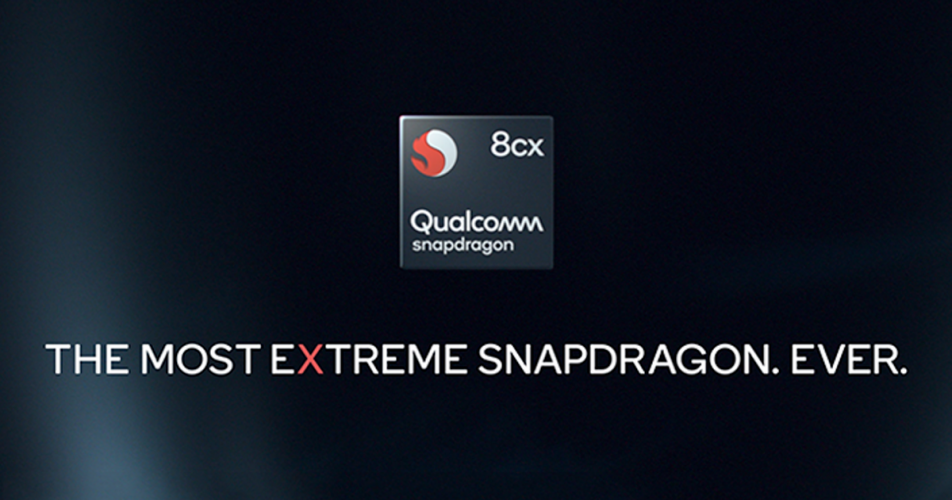 Qualcomm has unveiled its latest chipset for Windows 10 Pcs at the annual Snapdragon Tech Summit. They have announced the most powerful Qualcomm Snapdragon 8cx chipset which is the successor of Snapdragon 850, but this time around it’s built on a 7nm process and it’s a powerhouse for Pcs. 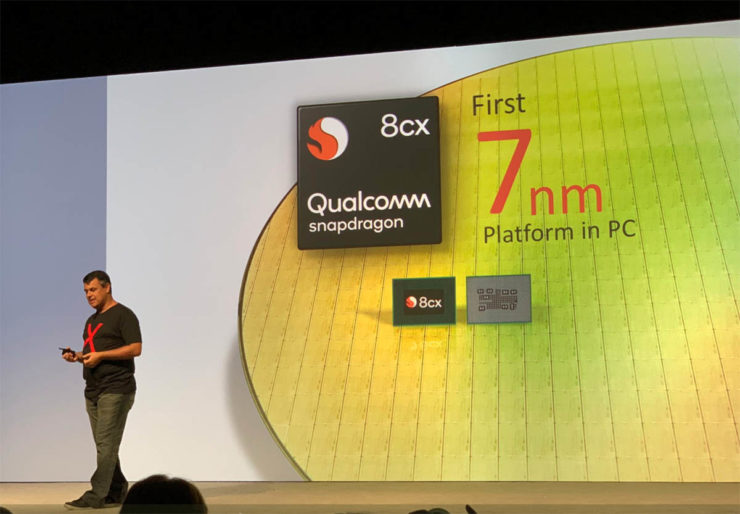 After announcing the smartphone powerhouse Snapdragon 855, the company on its third day of Snapdragon Tech Summit in Hawaii has showcased the very powerful Snapdragon 8cx. Unlike past processors, the Snapdragon 8cx is specially built for Windows 10 PCs and is based on a completely new 7nm process.

Qualcomm claims that this 7nm processor supports multi-gigabit LTE with up to 2 Gbps download speeds and 316 Mbps upload speeds. It will also provide multi-day battery life as it is more efficient chip than any other previous processors. It is 60% power efficient than previous processors. The company also claims that it is 2x faster in performance when compared to Snapdragon 850.

The chip comes with Adreno 680 GPU and Kryo 495 CPU which can handle 4K HDR Displays and can provide a video playback at up to 120 fps. It can also handle heavy graphical work and as said earlier, can provide a good battery life. It is built on a Hexagon 690 DSP which provides an enhanced voice assistance experience. It also has a fourth-generation AI engine for proper machine learning. 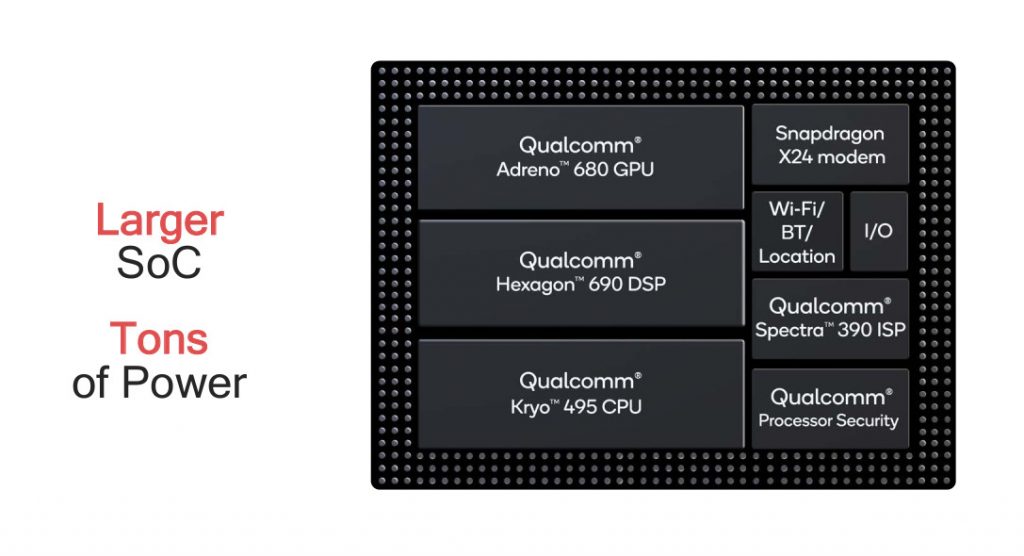 It has a third-generation PCI-E slot, a support for NVMe SSDs, and also has second-generation USB 3.1 in which many peripherals can be connected. It also has the latest Bluetooth 5.0 support with Qualcomm Quick Charge 4 support as well.

Other than this, the weird naming Snapdragon ”8cx” stands for the series and “cx” stands for “compute” and “extreme”  which roars that it is an extremely powerful chip made for Windows 10 Pcs and laptops. It will start shipping from the third quarter of 2019.