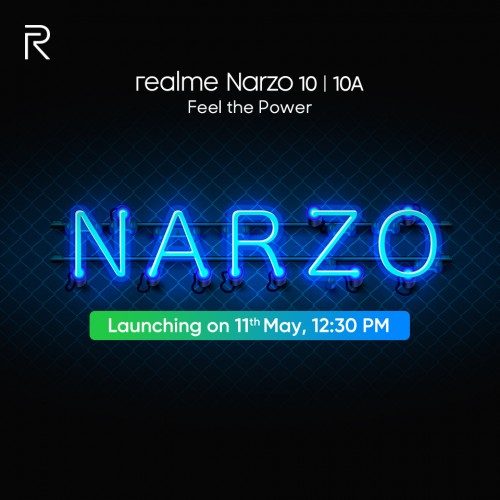 Realme Confirms the Realme Narzo 10 and Narzo 10A Launch Date

The Narzo 10 and Narzo 10A smartphones were scheduled to launch on March 26 in India, but due to Coronavirus Pandemic, the smartphones were delayed. Later, the company fixed April 21 launch schedule, which also got canceled. Since then, we didn’t hear a word on the Narzo series from the company.

Now, the company has shared a launch poster of the Narzo smartphones and the launch is officially fixed for May 11 in India. The launch is set for 12:30 PM Indian standard time. The company is said to do a live stream on its Youtube handle where it will actually play the old pre-recorded video. The launch video which was recorded earlier in March will be played online.

The new Narzo devices could also come with some extra features and some better specs, but there aren’t any leaks. We just have to wait for May 11 to learn more on the smartphones.

Also Read: Poco M2 Pro To Come With Snapdragon 720G; Will Be A Mid-range Offering