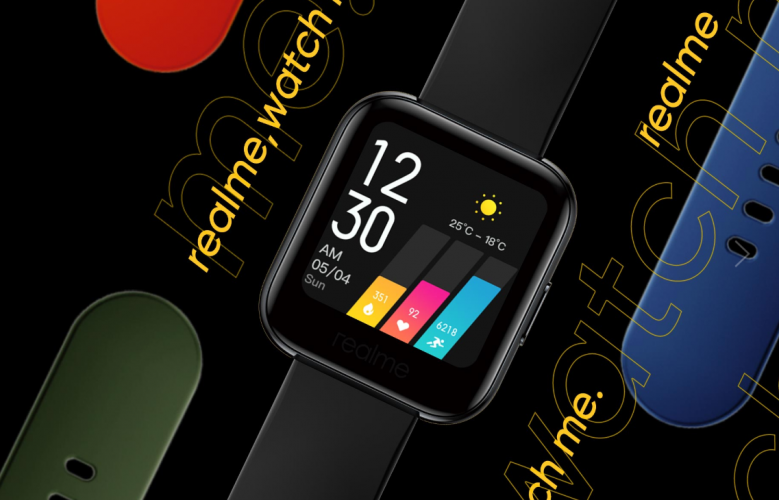 Realme Watch Launch Scheduled For May 25 In India; Here Are The Known Specs And Features

After several leaks and rumors, Realme has officially confirmed the launch date of the upcoming Realme Watch. The Realme Watch is said to be the company’s first full-fledged smartwatch being an expansion to the lifestyle lineup of the Realme tech giant.

The Realme on its website has created a landing page of the upcoming smartwatch. The page reveals that the smartwatch will launch on May 25 in India. This confirms that India will be the first to get the watch.

The official page also lists some of the watch specifications and showcases the actual design. By the looks, the smartwatch seems to have a FitBit and Apple watch-like chassis. The smartphone will come with a 1.4-inch touch display with noticeably thicker bezels. It will be a color display and act just like other smartwatches.

It will come with a button on the right side for controlling all the actions on the smartwatch. It will arrive in Red, Blue, Black, and Green color bands, meaning that the actual body will be of standard Black color and these four band colors can be chosen.

The wearable watch will also come with a real-time heart rate sensor and it can also send notifications from all major applications. The watch can be tweaked from the Realme Link smart app. It can also click images from the smartphone with the camera control feature which is basically a remote camera.

Moving to some sport centric features, the wearable will be able to track regular steps and will come with sports modes such as Badminton, Football, Basketball, Table Tennis, Cricket, Running, Yoga, many others.

Other than this, the watch will probably only be supported yo Android devices as the Realme Link application is available only on the Playstore. But Realme could launch an iOS app soon. The watch is expected to arrive between the ₹3,000 to ₹5,000 price segment and should compete with Huami smartwatches.