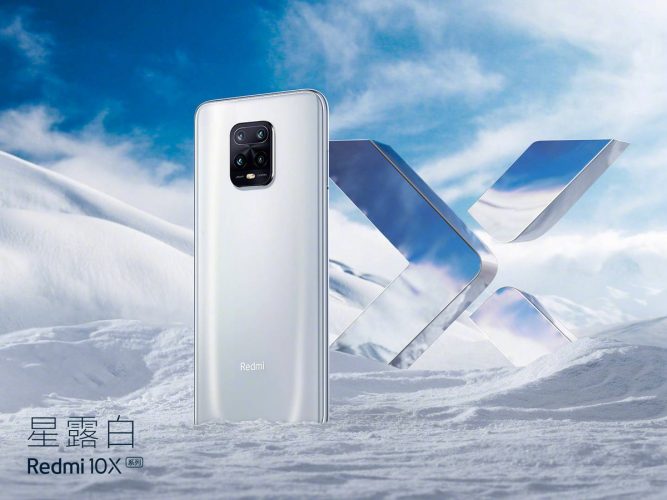 The Redmi 10X and the 10X Pro sports the same 6.57-inch FHD+ display with HDR10 support. It is Samsung’s E2 AMOLED panel that has 800 nits of brightness and minimum bezels. It is a notch display with a wider aspect ratio.

The Duo is powered by the newly launched MediaTek Dimensity 820 SoC paired with up to 8GB of LPDDR4X RAM support. The storage goes up to 256GB for both the models. For those who don’t know, the Dimensirt 820 is a capable chipset that scored above 4,10,000 the AnTuTU benchmarking platform.

Both the smartphones also house a 4,520mAh battery with a 22.5W fast charging solution on the vanilla model and 33W fast charging tech on the Pro model. That’s not the only difference between them, the cameras are also discrete.

The vanilla 10X features a triple camera, whereas, the Pro bags a quad-camera setup. There is a 48-megapixel primary camera, another 8-megapixel wide-angle lens, and a third 2-megapixel depth sensor. At the front, there is a 16-megapixel selfie camera.

Other than this, both the smartphones run on Android 10 out of the box with Xiaomi’s MIUI 12 on top of it. The smartphones have a USB Type-C port for charging and data transfer and also equip an in-display fingerprint scanner. Both the smartphones also come with dual 5G standby, meaning that both the SIM-cards can run 5G simultaneously.