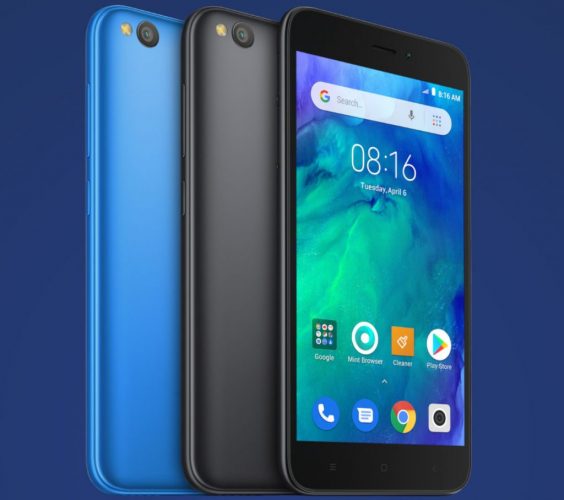 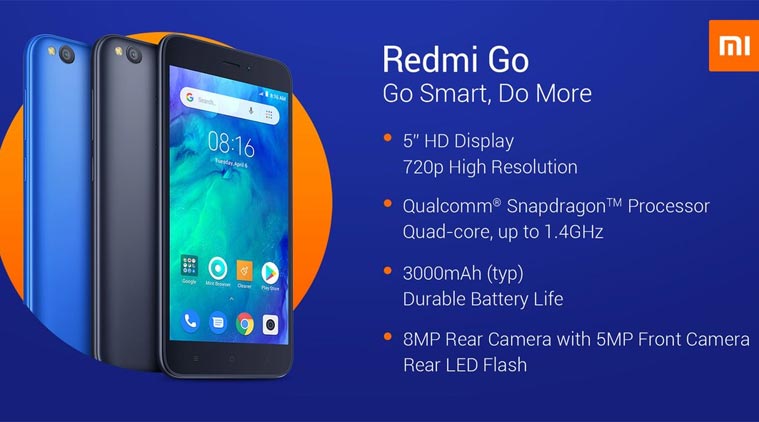 Xiaomi Redmi Go runs on stock Android Go edition which is based on Android Oreo 8.1. It comes with a 5-inch HD(1280×720) display with normal bezels on top and bottom. This means that it doesn’t come with any fancy notch or full-screen display rather it has a standard 16:9 aspect ratio display.

The smartphone is powered by a Qualcomm Snapdragon 425 SoC paired with just 1GB of RAM as it’s an Android Go smartphone. It also comes with 8GB of internal storage(expandable via MicroSD card). It houses a 3,000mAh battery which is claimed to provide a good battery back up considering its small HD display.

It sports an 8-megapixel single camera setup with f/2.0 aperture and a single LED flash. The rear lens is capable of recording full-HD video and comes with a smart scene detection feature. On the front, there is a 5-megapixel camera with an f/2.2 aperture.

Other than this, the Redmi Go have few pre-installed Go applications and other applications can be downloaded from the Play store. The smartphone is priced very aggressively at Rs. 4,499 and will be available for purchase on Flipkart, Mi Home, and Mi.com starting March 22 at 12 pm India time.