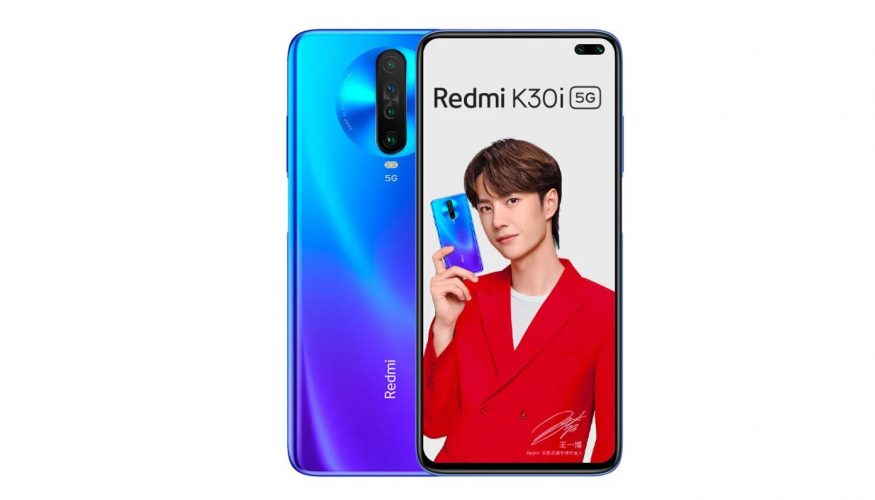 Xiaomi has quietly unveiled the all-new Redmi K30i 5G smartphone in its home town China. The smartphone was in the leak spree for a while, its renders, specs, and some bits were outed, now after the official launch, its pricing and availability has been known. Let’s take a look at the details.

It sports a mammoth 6.67-inch IPS LCD display with FHD+ resolution. It has a 120Hz fast refresh rate panel with minimum bezels. The overall design footprint is the same as the original Redmi k30 smartphone.

Under the hood, the Redmi K30i 5G comes powered by the Qualcomm Snapdragon 765G chipset paired with 6GB of RAM and 128GB of internal storage. It has a 4,500mAh battery with 30W fast charging support. It runs on Android 10 out of the box with MIUI on top of it.

The smartphone gets an ultra-linear speaker with Hi-Res audio support. It also retains the 3.5mm headphone jack for audio listening and the USB Type-C port for juicing up the device and for data transfer.

Moving to the color variants and pricing,, the smartphone comes in four color options – the Red, Blue, White, and Purple. The smartphone is priced at RMB 1,899 or roughly ₹20,205/$266. It is officially available for pre-orders in several retail stores and websites in China. The device will be shipped from June 2.

As for as the global and India launch date is concerned, there aren’t any bits on the same, therefore, we just have to wait for some announcements from Redmi and Xiaomi officials.