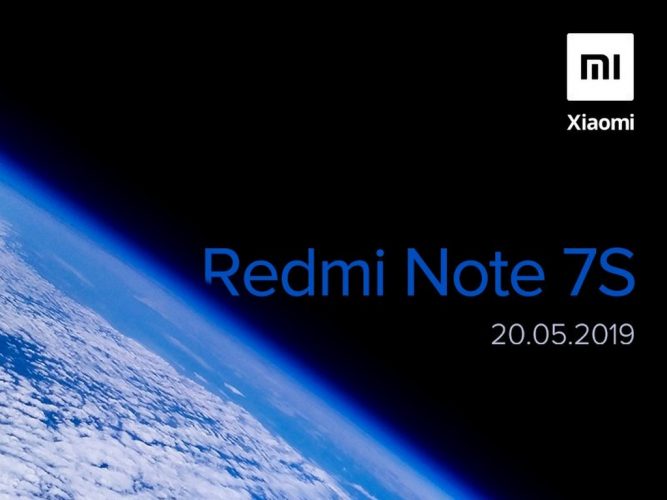 Redmi Note 7 and Note 7 Pro are doing pretty well in India. The company announced that over 2 million units have already been sold in the country. Well now to expand it’s budget Redmi Note lineup the company is said to launch another smartphone, the Redmi Note 7S.

So we've decided to get you both! 😎#RedmiNote7S – An all-new SUPER Redmi Note for all our India Mi fans is coming! #48MPForEveryone unveils on 20th May. Mark your calendars! 🗓️

The Redmi Note 7S was in rumours a few weeks ago but not many details were out. This time as well, there are very limited details one could notice. The first thing is the launch date. The Redmi Note 7S smartphone is now officially scheduled to launch on May 20 in the Indian market.

It’s teaser poster also reveals that the smartphone will sport amazing cameras. It suggests that the device will sport a Sony IMX586 sensor that can shoot detailed images. It will be a 48-megapixel primary sensor at the rear of the device.

Earlier, Xiaomi’s Manu Kumar Jain revealed that the device will come with a 48-megapixel camera and will be a Note 7 series smartphone. So now this new leak tops off all the speculations and rumours about the phone camera.

Other than this, the Redmi Note 7S smartphone’s other details are yet to be known, but once it’s out we’ll be the first one to notify you on the same.