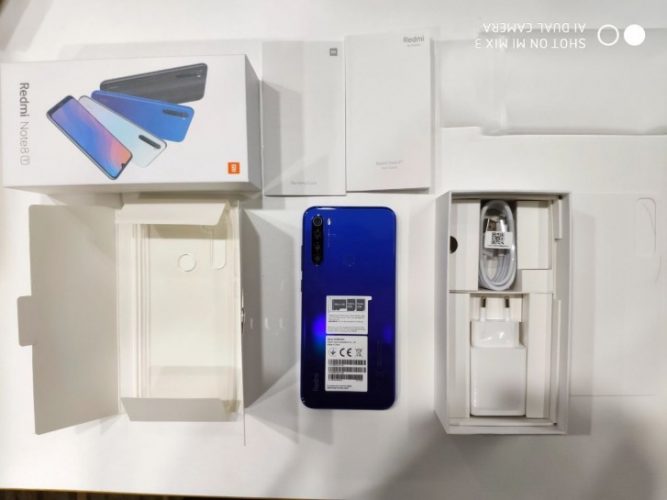 Xiaomi’s Redmi Note 8 smartphone is a great deal at the price, but an NFC added variant seems to be on its way. A new leak has been surfaced on the web that reveals the NFC variant of the smartphone which will be possibly called the Redmi Note 8T. Live images and box packaging has been shared, let’s take a look at all the details.

The live images suggest some of its specifications as well. It will sport a 6.3-inch Dot Drop display with a Corning Gorilla Glass 5 protection. It will feature the same 48MP primary camera as the vanilla Note 8.

It has a 4,000mAh battery, same Snapdragon 665 SoC and RAM and storage options are also the same 4GB RAM/64GB storage. One thing which is additional in the peel-off sticker is the NFC functionality. The sticker confirms that the Redmi Note 8T will come with an NFC support.

Other then this, the box packaging is also similar to the vanilla Note 8. Now that we know that, the only thing left is availability. The device will not be available everywhere that’s for sure, but some major markets should get the device soon.