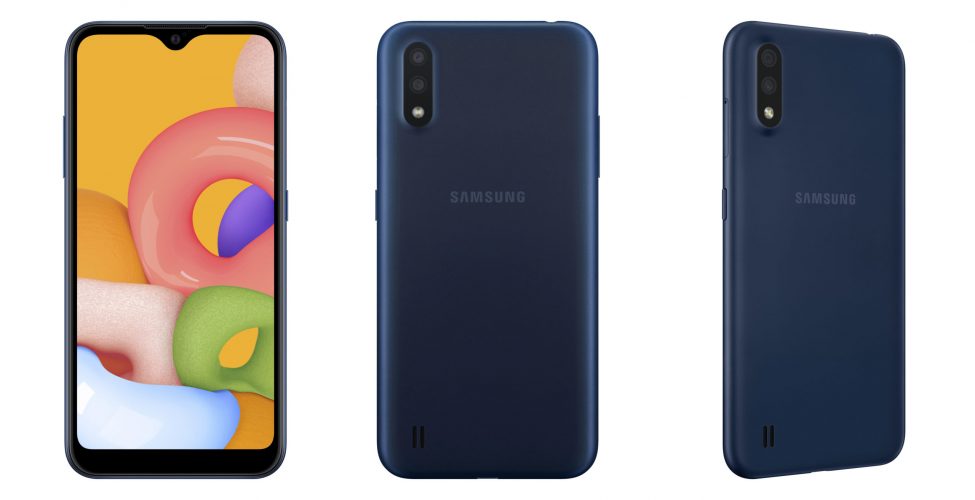 Samsung has been very active in the budget segment these days, it launched the Galaxy A-series and M-series that provide great devices in the budget and mid-range segment. Now the company has one more addition to the budget segment, the Samsung Galaxy A01 is the newest A-series smartphone. The device comes with most of the essentials of a 2019 smartphone and also packs in a dual-camera setup. 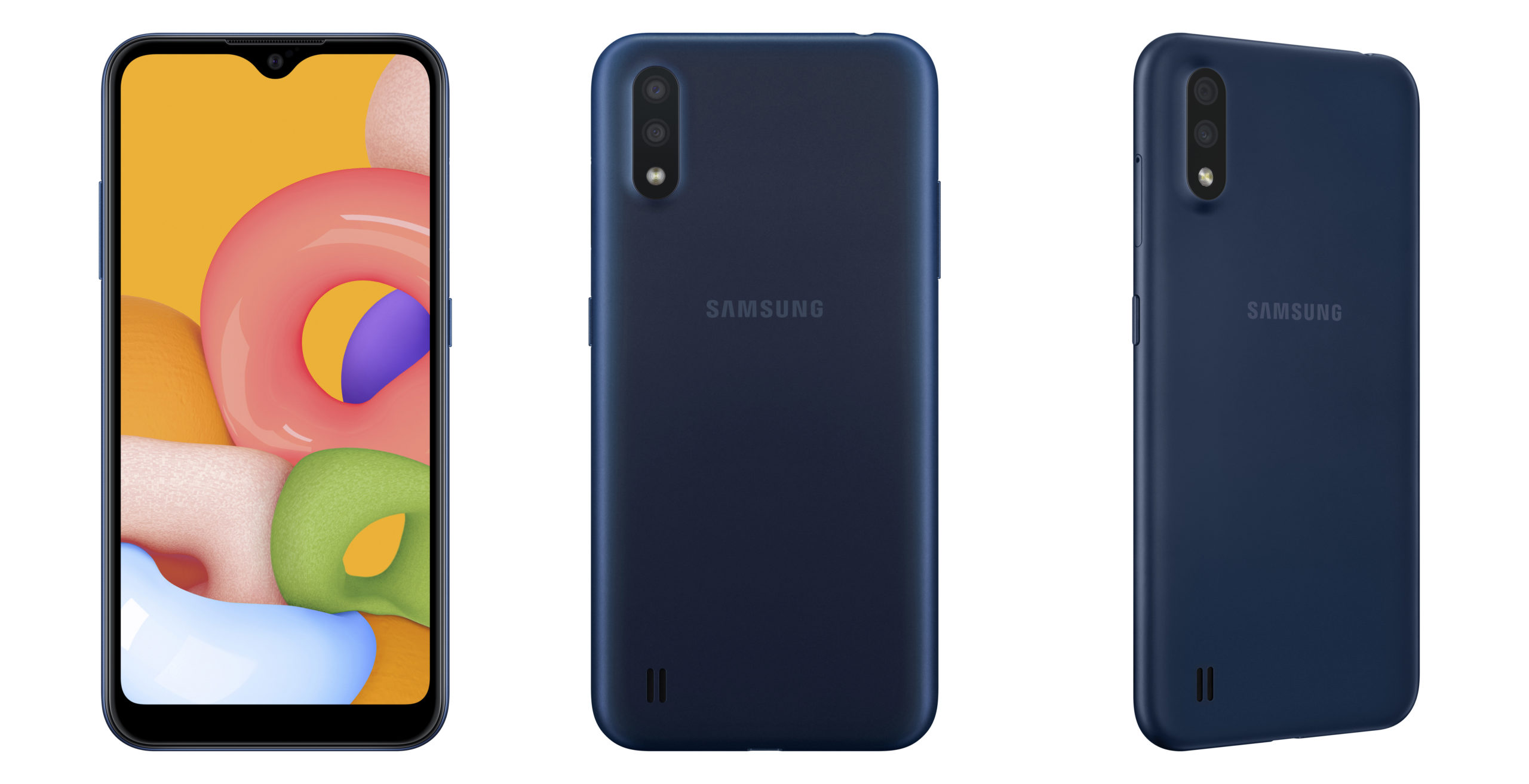 The budget Galaxy A01 comes with the classic Samsung design, it has a 5.7-inch Infinity-V display with HD+ resolution. It has an aspect ratio of 19:9 and maintains minimum bezels expect the thick bottom chin.

It has dual-rear cameras consisting of a 13-megapixel + 2-megapixel sensor and a single-tone LED flash below the sensors. At the front, it has a single camera for selfies.

The Samsung Galaxy A01 is powered by an octa-core SoC which is surprisingly accompanied by 6GB of RAM and 128GB of internal memory. It has a 3,000mAh battery and runs on Android 9 Pie out of the box. On top of it, it runs on Samsung’s custom UI.

Sadly the Galaxy A01 misses on a Fingerprint scanner but we expect it to have a software tweaked Face unlock. It is a dual-SIM device and has a 3.5mm headphone jack. as well. It also has FM Radio support.

Other than this, the device has been added to the A-series silently and the pricing details are yet to be known. Once more details are out, we’ll be the first one to notify you on the same.