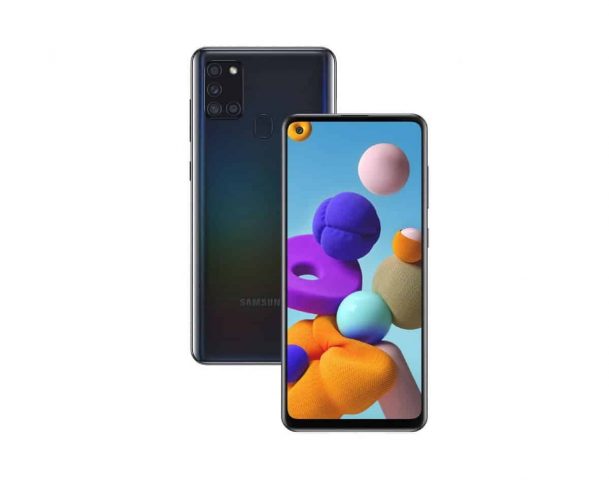 Samsung has officially unveiled the all-new Galaxy A21s smartphone in the UK. The Samsung Galaxy A21s is a budget smartphone that powers an octa-core chipset and modern design. It is a successor to the Galaxy A21 and an expansion to Samsung’s A-lineup of smartphones.

The Galaxy A21s sports a 6.5-inch Infinity-O display with an HD+ resolution. It has a 20:9 aspect ratio and narrow bezels. It comes with a Quad-camera setup comprising of the 48-megapixel primary lens, another 8-megapixel ultra-wide lens, and two 2-megapixel sensors. It has a 13-megapixel front-facing camera for selfies.

It is powered by an octa-core chipset bundled with up to 3GB of base RAM option and 32GB of internal storage. It also has a 4GB and 6GB RAM option with max storage up to 64GB. It comes equipped with a big 5,000mAh battery with 15W fast charging support. It runs on Android 10 out of the box and has Samsung’s OneUI on top of it.

Other than this, it is the regular 4G handset and comes with a 3.5mm headphone jack for music listening and USB Type-C port for charging and data transfer.

The Samsung Galaxy A21s comes in White, Black, Red, and Blue color options and starts at GBP 179(approx. 16,470). So far the smartphone is available in London and the UK but the Indian launch date should be announced soon.

Also Read: Motorola Edge+ To Launch In India On May 19 With 2 Years Guaranteed Android Updates

Stay Tuned for more updates on the Galaxy A21s smartphone and also Subscribe to Our YouTube Channel Gadget Gig For Latest News, Reviews, Unboxing, and Tips/Tricks.