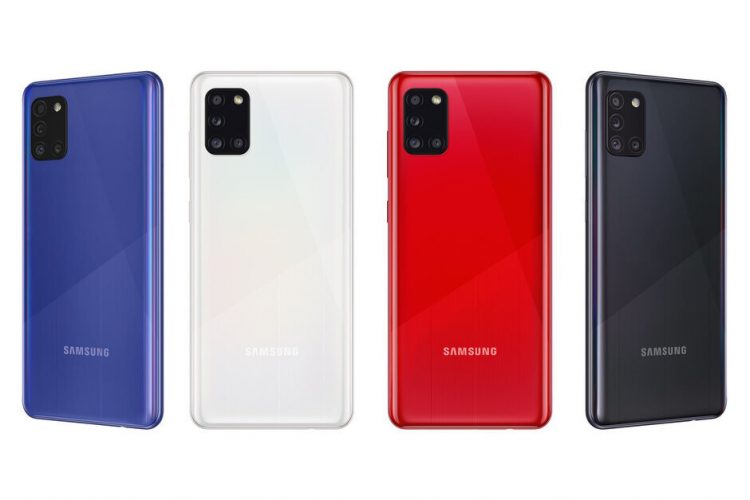 Samsung has been refreshing its popular Galaxy A-series lately, the company has planned to launch the several ‘s’ variants and some new A-series devices in the series. Now, the company seems to be bringing the Galaxy A30 smartphone’s successor, the Galaxy A31 in India. Recent reports suggest that the smartphone will arrive soon in the Indian market and also tips the pricing of the device. Let’s take a look.

The Samsung Galaxy A31 smartphone will be an expansion to the A-lineup of smartphones and is said to arrive sometime in June this year. It will probably be available online either Via Flipkart or Amazon shopping stores.

In terms of the pricing, the smartphone is tipped to arrive under the ₹25,000 price bracket. To be precise, the device is speculated to arrive at ₹23,000 in the Indian market. It could be the base pricing of the smartphone with 4GB of RAM and 64GB of internal storage.

Specifications of the Smartphone

The smartphone has a 6.4-inch FHD+ display with minimum bezels. It is an FHD+ AMOLED panel with a dew-drop or water-drop notch support. Samsung also calls it the Infinity display.

Cameras on the Smartphone

The smartphone rocks a Quad-camera setup at the rear comprising of a 48-megapixel primary camera. It is accompanied by another 8-megapixel ultra-wide lens, third 5-megapixel macro lens, and fourth 5-megapixel depth sensor.

It is vertical camera module and the LED flashlight is beside the four camera lenses. At the front, the notch holds the 20-megapixel camera for selfies.

Under the hood, the mid-range smartphone has a MediaTek SoC instead of Samsung’s own Exynos chipset. It is the MediaTek Helio P65 octa-core chipset coupled with a base 4GB of RAM and 64GB of internal storage. There is also a 6GB RAM and 128GB storage variant.

It is a dual-SIM handset and the storage is expandable via microSD card slot. It runs on Android 9 out of the box and has Samsung’s One UI on top of it.

The smartphone packs a 5,000mAh battery with a 15W fast charging solution. It has the Type-C port for juicing up the device and also has the 3.5mm headphone jack. It has an In-display fingerprint sensor that unlocks the device almost instantly. There’s also a Face unlock option for security.

Color Variants of the Smartphone

Stay Tuned for more updates on the Samsung Galaxy A31 smartphone and also Subscribe to Our YouTube Channel Gadget Gig For Latest News, Reviews, Unboxing, and Tips/Tricks.

Galaxy A31 samsung Samsung Galaxy A31