Samsung doesn’t seem to stop with the new Galaxy A-series line up, we saw Galaxy A10, A30, A50 and leaked upcoming devices Galaxy A40, A60, A90 and now expanding it the company seems to work on a Galaxy A70 smartphone. Some case leaks and details of the device have been tipped, so let’s take a look at them. 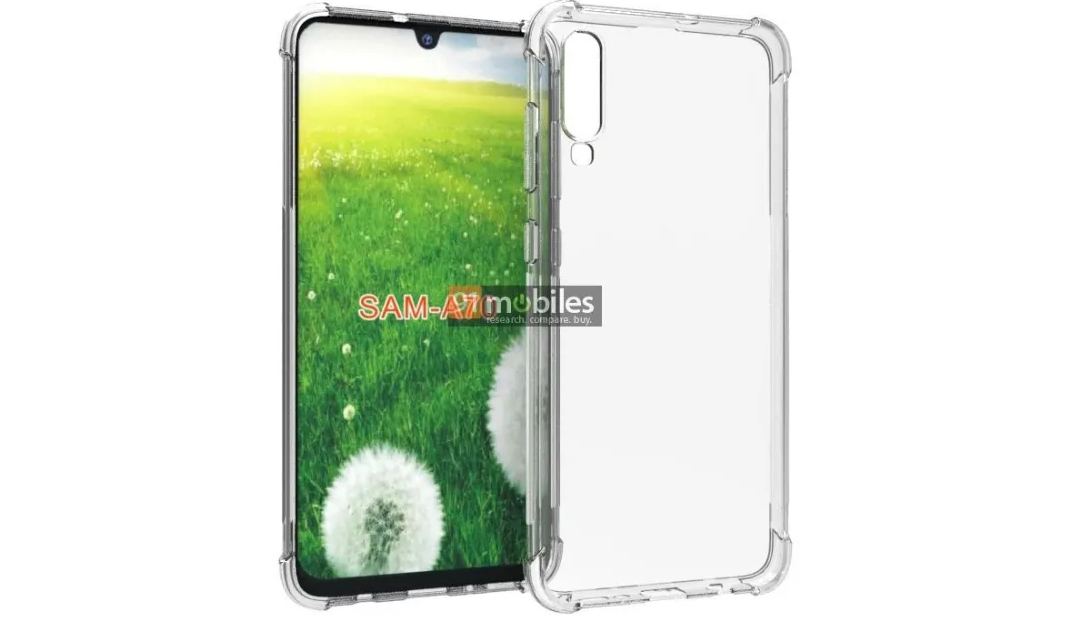 The Samsung Galaxy A70 will feature similar design footprints to the previously launched Galaxy A50. It will come with a triple camera setup and a larger display. The case reveals a larger vertical cutout at the rear meaning it will sport three cameras and one of them is said to be an ultra-wide angle sensor. Along with this, there will also be a depth sensing lens.

The leak shows the smartphone case without any cutout for the fingerprint scanner, this means it will surely feature an In-display fingerprint scanner. We expect it to be an optical sensor just like the one seen on Galaxy A50. It will also feature a 3.5mm headphone jack and USB Type-C port.

Other than this, some rumoured specifications of the device are a massive 4,000mAh battery and 6GB of RAM. There are no details on the chipset this device will come with but it will surely come with Android 9 Pie out of the box. On top of that, there will be Samsung’s One UI for smoothing the overall user interface.

With this leak, Samsung seems to just add more A series of smartphones in the midrange line up. The question is will Samsung occupy the midrange segment with these devices? Do let us know your thoughts in the comment section below.

Stay Tuned for more updates on Samsung Galaxy A70 and also Subscribe to Our YouTube Channel Gadget Gig For Latest News, Reviews, Unboxing and Tips/Tricks.