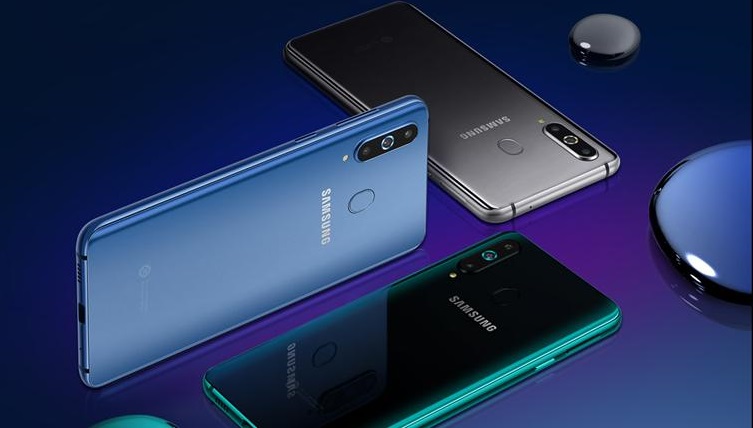 Samsung Galaxy A8s has finally been launched at an event in China. The smartphone was seen in plenty of leaks previously and just a few hours before the launch it was spotted on TENNA. Now the phone has been launched, all the leaked renders, images were legit as it matches to the actual device.

The Samsung Galaxy A8s pricing has not been revealed but it will be available for purchase starting from December 21 in China. Meanwhile, the smartphone registrations have been started on Samsung China website.

Samsung Galaxy A8s is the world’s first smartphone with an Infinity-O display and also first for the company. It features a 6.39-inch full-HD+(1080×2340 pixels) display with 19.5:9 aspect ratio. As said, it has a Infinity-O display, this means that it has a hole camera on the front of the display.

The smartphone features a triple camera setup housing a 24-megapixel + 5-megapixel and a third 10-megapixel lens. On the front, it has a Punch-hole camera featuring a -24megapixel lens for selfies.

It runs on Android 8.1 Oreo out of the box and Samsung’s custom Experience UI 9.5 on top of it. It is backed up by a 3300mAh battery and has a USB Type-C port for juicing it up. Sadly, the smartphone ditches the 3.5mm headphone jack and so users have to use Bluetooth headphones. The smartphone doesn’t have an In-display fingerprint sensor as some leaks suggested, rather it has a physical fingerprint sensor at the rear.

Other than this, the phone has all the important sensors and has several connectivity options such as Bluetooth v5.0, Wi-Fi, 4G LTE, Dual-SIM support, and GPS. It will be available in three colour variants, the Black, Grey, and Green.

The Samsung Galaxy A8s looks promising at least on paper with its triple camera setup, new Infinity-O display, and the specs it offers. But we have to test it out in realtime before giving any further opinion.

Also Read:
Google Pixel 3 Lite More Press Renders Leaked Along With A Video Showcasing A 360 Degree View Of the Device