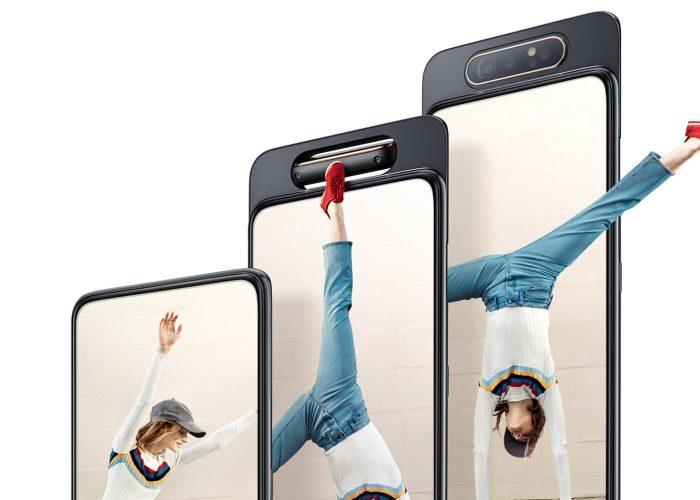 Samsung Galaxy A90 5G Spotted In A Certification

The upcoming Galaxy A90 is going to be Samsung’s primary focus for its next premium smartphone this year. The device was spotted in a few leaks recently and it suggested the smartphone’s 5G variant and some of its specs. Well, now a new image straight from National Radio Research Agency(NRRA) confirms the existence of a 5G variant. Let’s take a look at all the details. 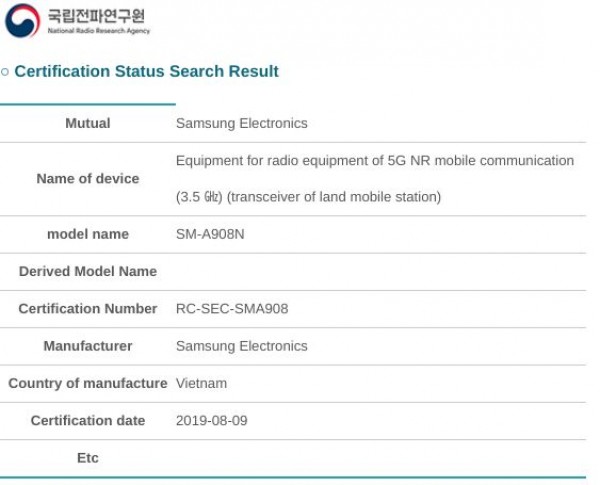 Samsung Galaxy A90 5G with model number SM-A908 is soon expected to arrive in the selected markets. The 4G variant, on the other hand, will debut in most of the regions where the A series exists. We have already seen some of its basic specs in past leaks. Let’s take a quick look.

The smartphone will sport a 6.7-inch Super AMOLED display with a water-drop notch. Even the 5G variant will debut with the same screen size. Here Samsung will opt for a Full-HD+ display similar to the vanilla Note 10 that launched a couple of days back.

In terms of cameras, both of them will sport triple cameras at the rear, the only difference in the 5G will be some megapixel upgrades. Some sources suggest that the 5G variant will consist a 48MP primary lens, 12MP secondary lens and a third 5MP lens for depth sensing, whereas the 4G variant will have a 48MP lens, another 8MP lens, and the third 5MP lens. The front camera specs are unknown.

The Galaxy A90 5G is also expected to house a larger battery and Snapdragon 855 SoC. It will be paired with 6GB of RAM and expected 64GB or 128GB of storage.

Now with these many leaks, we expect the Galaxy A90 to debut soon in the next couple of months.

Stay Tuned for more updates on Samsung Galaxy A90 5G and also Subscribe to Our YouTube Channel Gadget Gig For Latest News, Reviews, Unboxing and Tips/Tricks.